The newest generation of Swedish pop

The newest generation of Swedish pop 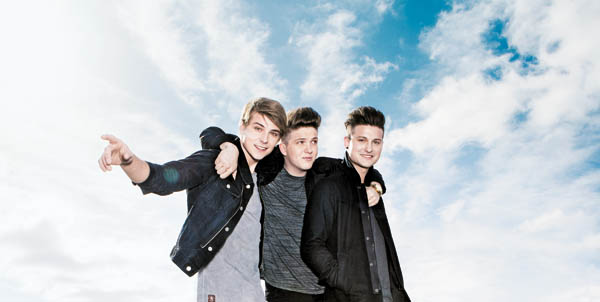 There aren’t many hit Swedish pop songs or artists these days. In the past there were big names like ABBA, Ace of Base and the Cardigans, but more recent entries like singer-songwriter Stina Nordenstam and hip-hop group The Latin Kings are somewhat less well-known.

But rookie Swedish boy band JTR is looking to change that. The trio of brothers, who made their debut last year in Australia after coming in seventh place in the 2013 season of “The X-Factor” there, note there are many great Swedish musicians, such as the star songwriter and producer Max Martin who has made hits for artists such as Britney Spears, Taylor Swift and Maroon 5.

“Our music is based on Swedish pop,” said John Andreasson, the oldest of the three brothers. “There are great musicians in Sweden and there’s definitely something about the Swedish melodies.”

The name JTR was made using the first letters of each brother’s name: John Andreasson, Tom Lundback and Robin Lundback. To promote their first album, “Touchdown,” which they released through Sony Music, the group visited Korea for the first time last week.

Although the three grew up together under one roof, they are very different from each other - especially musically - from the kind of music they like to listen to, to their favorite songs from their first album. It’s actually fascinating how the three brothers, who say they don’t always get along, just like normal brothers in their early 20s, decided to form a band together.

Andreasson, 25, who plays the guitar and sings in the band, said he loves to listen to guitar-based, singer-songwriter style music, like John Mayer and Ed Sheeran. Middle brother, Tom, 22, says he’s a “top 100 iTunes and Spotify kind of guy,” who can listen to almost anything new, while the youngest brother, Robin, 21, loves hip-hop and R&B and also raps in the group.

“We are all very different,” said Tom.

“We never have rules when we write music,” said Tom. “We just write what we feel inside and it usually starts with John playing the guitar. Then somebody makes up the melody and the hook comes out and so on. It’s always like we are just putting puzzles together.”

“And it’s different every time when we write,” Robin added. “Sometimes, Tom would write all the melodies and we’ll write the lyrics or the other way around. It’s not like we have a job each individually. We just start writing when and whatever we feel like.”

Perhaps having such free spirit toward music comes from their parents, who are both in the music business.

The three brothers’ mother, Sarah Lundback-Bell, is a singer and songwriter, while their stepfather, who is Australian, also works in the music business and is a producer while also working in artist development.

“[Our stepfather] taught us a lot about the music business in the studio environment. We even had a studio at home” said Andreasson. “He let us go into the studio when we were young, and we grew up surrounded by the music since from quite a young age.”

From their mother, Andreasson said the three brothers were able to learn how to write songs and also singing techniques.

Thanks to their innate musical talent, JTR wrote all the songs on their album “Touchdown” except for “Mamma Mia” and “All That She Wants.”

“Touchdown” being released in Korea with the subtitle “Asian Edition,” which the band says is very special because they’ve added five more tracks that haven’t been released anywhere else yet.

“You guys get all the JTR songs in one package,” Andreasson said.