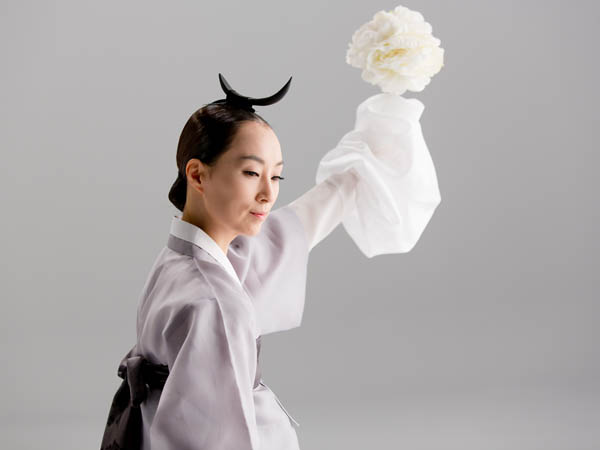 The traditional Korean dance performance, “The Banquet,” with modernized costumes and stage design, will be staged this weekend at the National Theater of Korea by the National Dance Company. [NATIONAL THEATER OF KOREA]

The performance starts at 7 p.m. on Saturday and 3 p.m. on Sunday. 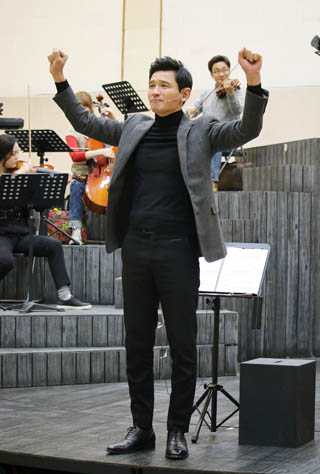 Dec. 18 to Feb. 28: After five years of preproduction, the Korean version of “The Orchestra Pit” is finally hitting the stage. This meta-comedy sketch, which originally debuted in Japan in 2000, provides a behind-the-scenes look at the lives of musicians in a pit orchestra. The production features several prominent silver screen actors, including Hwang Jung-min, who most recently starred in the mega-hit film “Veteran,” as the conductor.

Dec. 13: The Voca People is an eight-person ensemble that, using only their voices, reproduces the sounds of a full-scale orchestra. Hailing from Israel, the group has performed around the world. At each stop, the group incorporates local hit songs into their repertoire. After their first performance here last May, they are returning to Korea for an encore show that will include jazz, pop, and classical, with hits by Madonna, Lady Gaga and Maroon 5.

This opera traces all the way back to 1893, when it was performed for the first time in Weimar, Germany, conducted by Richard Strauss. Based on the fairy tale by the Grimm brothers, “Hansel and Gretel” chronicles the siblings’ adventure into the woods that leads them to a mysterious gingerbread house occupied by a sinister witch.

Dec. 25 to 27: The Sejong Center is showcasing its production of “Carmen,” in collaboration with the Teatro Giuseppe Verdi opera house in Busseto, Italy. Based on the novel by Prosper Merimee, French composer Georges Bizet’s “Carmen” depicts the fatal attraction of Don Jose, a corporal whose love for Carmen, a gypsy girl, as deep and genuine as it is, becomes a threat to Carmen’s independent and free lifestyle. As Don Jose is driven by love and jealously, the lines between reality and fiction, love and hate, sanity and madness are blurred.

To Jan. 31: After last year’s Korean premiere at the Seoul Arts Center, “Gone With the Wind” is returning to Korea to showcase once again the musical adaptation of the literary masterpiece by Margaret Mitchell, commemorating its 75th anniversary since publication. This timeless tale centers on the tangled, turbulent love triangle between southern belle Scarlett O’Hara, charming gent Rhett Butler and the sweet yet unattainable Ashley Wilkes, while touching on the themes of slavery, war, belonging and displacement. Bada, a former member of girl group S.E.S., and Kim Bum-lae will reprise the roles of O’Hara and Butler, and veteran theater actor Jung Sang-yoon will play Wilkes.