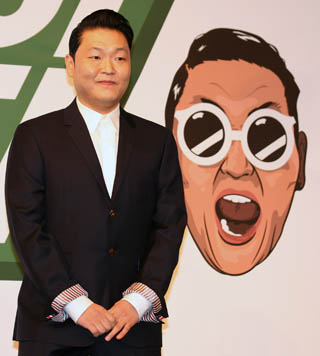 Ahead of the year-end celebration, Psy just released a new album on Tuesday.

Friday to Sunday: Dubbed “the king of vocals,” Kim Yeon-woo will hold a year-end concert in the beginning of December. One of the most legendary Korean ballad singers, Kim is best known for his smooth singing voice and ability to hit high notes.

Friday to Sunday: Shin Seung-hun is a prominent Korean ballad singer whose career peaked in the 1990s. He garnered international popularity and was active in Japan and China. Most notably, his song “I Believe” was on the soundtrack of the mega-hit Korean romance flick “My Sassy Girl” (2001). Commemorating the 25th anniversary of his debut, Shin will also perform songs from his latest album, which is his first full-length album in nine years.

Dec. 30 and 31: Hyukoh, a popular Korean indie band, is holding a concert to celebrate the end of the year and the rise of their fame and popularity this year. Originally founded in May 2014, the band maintained a steady fandom, particularly in the Hongdae underground music scene. Their appearance this year on the reality TV show “Infinite Challenge” led to their now nationwide stardom. Since then, the band has collaborated with Tablo of Epik High on the hip-hop competition show “Show Me the Money.” They were also named among Korea’s top 10 artists at the Melon Music Awards.

Jung, who made it to the top three in season four of the music competition show “Superstar K,” recruited members, who are mostly well-versed in indie music, and they debuted as a band earlier this year. The band quickly flourished in the indie/rock music scene.