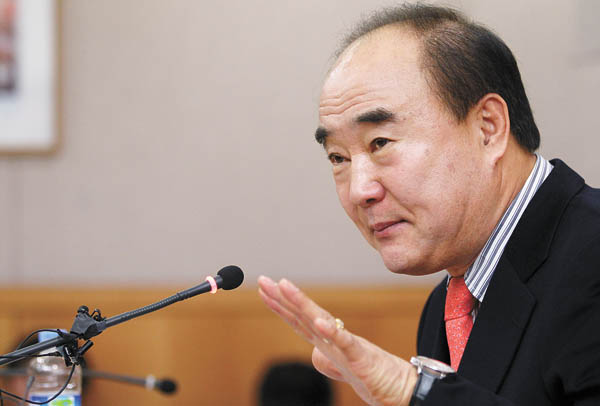 As well, four former and active K-League referees, who allegedly received money from Ahn in exchange for making favorable decisions for the club, were also indicted.

This is the first time in K-League history that a referee has been indicted for receiving bribes.

Busan prosecutors said Ahn, 59, and a local agent, who was identified only by his surname Park, colluded with each other to steal 640 million won ($550,000) that was originally intended for signing foreign players. According to prosecutors, they inflated the value of foreign players’ contracts and embezzled their signing bonuses.

Ahn, who was Gyeongnam FC President from Feb. 2013 to Jan. 2015, is also alleged to have made fake receipts to pretend the club had actually given the signing bonuses to rookie players. The former Incheon United president stole an additional 420 million won in the same scheme, prosecutors added.

Gyeongnam FC, which is in the second division K-League Challenge, is run by the regional government with a 3 billion won budget each year. The team is funded by South Gyeongsang taxpayers.

Four former and active K-League referees had received money from Ahn’s staff during Aug. 2013 to Sept. 2014 in exchange of making favourable decisions for Gyeongnam FC, prosecutors say. Two were indicted without detention.

The four received 64 million won total, each getting 2 million to 10 million won prior to refereeing matches, prosecutors said.

Prosecutors have analyzed 21 matches the four referees were in charge of during 2013 and 2014, but couldn’t confirm whether they had actually made favorable calls for Gyeongnam despite receiving the money.

“There are some occasions where these referees have made wrong calls, but considering the characteristics of football, a clean referee can also make wrong calls,” the prosecutors said. “So these referees are currently only charged for taking bribes.”

Meanwhile, K-League commissioner Kwon Oh-gap apologized for the incidents and said they will punish Gyeongnam FC and the referees. The league also said it will talk with the Korea Football Association regarding further punishments.

The K-League said it will form a special committee to rectify all unsportsmanlike activities.