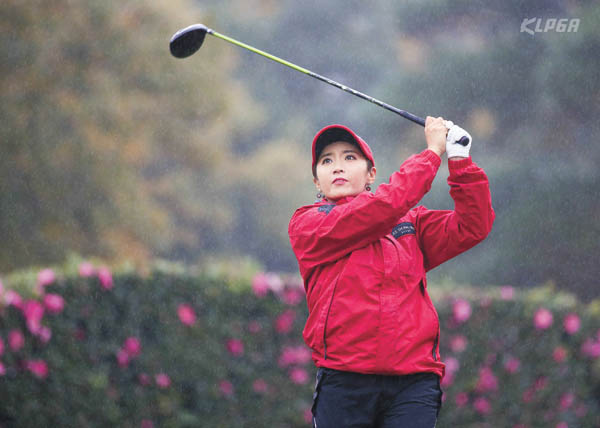 Korean women golfers have dominated the game across the globe this season and now are set to prove themselves as a world leading team in the Queens that starts in Japan today.

The team event has been held as a regular friendly tournament between the KLPGA and JLPGA since 1999. Japan’s Mainichi Broadcasting System, the main sponsor of the event, this year decided to expand it into the Queens four-team competition.

A total of 34 matches will be played over three days. Eight fourball matches are on Friday followed by eight foursome matches on day two. All nine players from each team will square off on the final day in match play.

Each winning side gets three points while the losing team gets zero. If a match ends all square after 18 holes, one point will be awarded to each side.

The KLPGA team is regarded as the favorite to win the event. Korean players in the squad combined for 27 wins this season. The team is led by Lee Bo-mee who was voted unanimously as the captain by other players. She is oldest player in the team at 27.

“This is my first time being a captain and I feel a big responsibility,” Lee said. “Although I’m a little pressured, I will discuss strategies with young players.”

Lee, who made her pro debut in 2008, has collected seven wins in the JLPGA this season and earned more than 225.8 million yen to set a new Japanese record for most prize money earned in a single season, both men and women.

She became the first Korean to top the prize money in both JLPGA and KLPGA. Though Lee has been playing mainly in the JLPGA since 2011, the Suwon native joined the team as a recommendation from the KLPGA.

“We have been cautious about Japanese players in the past, but this time we should also watch out for golfers from other tours,” said Lee “Since we are young compared to other tour players, we will show the power of youth.”

Lee, who is 15-time winner in the JLPGA Tour and a four time champion in KLPGA Tour, emphasized that parings will be critical to collect points.

“For single match plays, I don’t have a big concern since the talent of our players is so good,” said the 2010 KLPGA Tour MVP winner. “But I will not hesitate to advise our players to [help them] play good games.”

The squad also includes Kim Sei-young who is ranked at world No. 7, highest among 36 players in the tournament. The 22-year-old is the 2015 U.S. LPGA Rookie of the Year after collecting three wins, while finishing fourth in the prize money rankings. She has also joined the team as a recommendation.

Besides two players, golfers from the KLPGA are selected based on their prize money rankings.

Though her season at the end was troubled with a shoulder injury, Chun In-gee is the ace from the local tour. She topped the local tour in wins (5), prize money (913 million won), average scores (70.56) and MVP points (435).

The 21-year-old, who is ranked world No. 9, is also the winner of the 2015 U.S. Women’s Open championship. She has won two major titles in the Japanese tour this year.

Chun, who will play in the U.S. LPGA Tour next season, is joined by Park Sung-hyun, Lee Jung-min and Ko Jin-young, who all collected three wins in the KLPGA Tour this season. Cho Yoon-ji, Kim Min-sun and Bae Seon-woo are also with the team.

The good news for Korean players is that they are coming off a team match play event a week ago.

Excluding Lee Bo-mee and Chun In-gee, they were all at the ING Life Insurance Champions Trophy last week in Busan, where 24 Korean golfers from the LPGA Tour and KLPGA Tour competed in two separate teams, playing fourballs, foursomes and single match plays.

For the fourball matches played in the first round today, each team will send four groups of two golfers to play. The four associations will compete in round-robin in addition to another match which was decided by lottery on Thursday.

Korea has paired Chun In-gee with Cho Yoon-ji to square off with ALPG’s Katherine Kirk and Nikki Garrett to play in the first match.

For the second match, Kim Sei-young and Ko Jin-young will be in the same team to face Japan’s Shiho Oyama and Misuzu Narita. The third group is Lee Jung-min and Kim Min-sun, who will square off against four-time European Solheim Cup team member Gwladys Nocera of France and Norwegian Marianne Skarpnord.

For the final group, captain Lee Bo-mee will play along with Park Sung-hyun, who had three wins, including a major, in the KLPGA this season. They face Catriona Matthew of Scotland and Karine Icher of France.