Big Bang and Exo win the day at MAMA

Big Bang and Exo win the day at MAMA 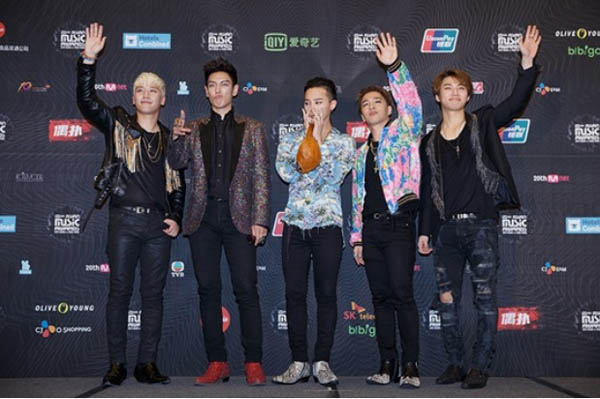 “It’s been almost 10 years since we debuted in the music scene, and we’ve been receiving awards, some of which were too big for us,” T.O.P said during an acceptance speech. “I’d like to thank our parents and fans who are rooting for us all the time.”

“I think the value of awards are made by us,” Suho, a member of Exo, said. “We will keep working hard to make these awards real and valuable.”

The awards themselves had their own share of controversy, with the acceptance speech by Taeyang, a member of Big Bang, creating somewhat of a stir.

The ceremony lasted nearly five hours, and many of the stars left around the time Big Bang received Artist of the Year, which is considered the highest honor.

“I wanted to have fun [with other singers] until the end, but there are not that many singers now,” Taeyang said.

Some music fans have criticized him for publicly shaming their favorite stars.