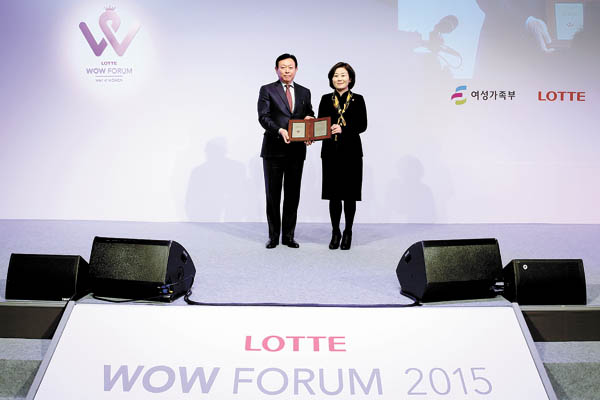 The move is in response to a request by securities exchange operator Korea Exchange (KRX) that Seoul-based Lotte Group show official support of Japanese shareholders for the IPO plan since the Tokyo-based holding company owns 19.07 shares in Hotel Lotte.

Lotte Group decided to offer shares of the hotel operator to the public in an effort to improve corporate governance.

An executive officer said that it will submit the statement to the KRX. “We will carry out the tasks aimed at improving corporate structure and culture as planned, going forward,” the source said.

The IPO is expected to be completed within the first half of next year. The group selected financial advisors to manage the public trade offering.

The stock operator said on Wednesday that it is loosening regulations that limit the sale of stocks owned by the largest stakeholder and affiliated investors for six months after the company goes public.

If the stakeholders are not cooperative with this regulation, an IPO could be nullified.

In the case of this deal, Shin Dong-joo, the older brother who has waged a fight against Dong-bin over control of Lotte, is currently the largest stakeholder of Kojyunsya, which owns 5.45 percent of Hotel Lotte.

Since the older brother opposes to the deal, it was likely that he could not comply with the sales limit requirement during the six months to derail the IPO.

But the KRX will allow some affiliated investors who have special relations with the company, or the majority stakeholder whose stake is less than 5 percent, to be exempt from the sales limit if they meet certain criteria.