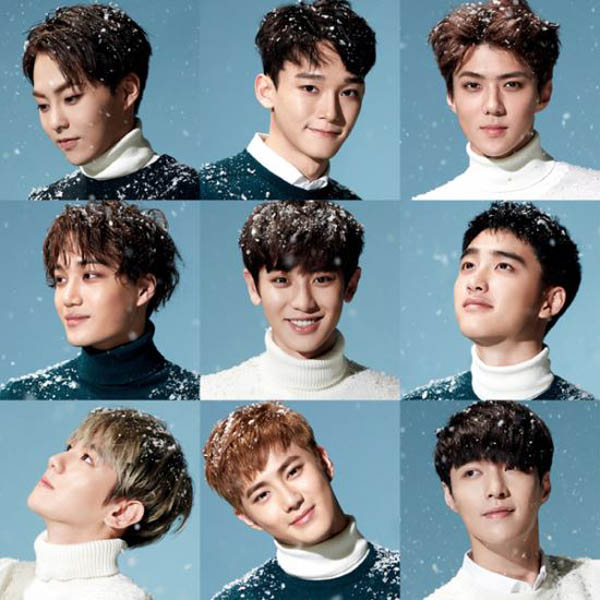 The boy group Exo will unveil their newest single, “Sing for You,” on Dec. 12 at “MBC Show Music Core.” After performing the song on MBC, Exo will appear on “Inkigayo” on SBS on Dec. 13. SM Entertainment, which represents the 10-member group, said “Song for You” will show new sides of the boy group because it is the first time Exo has performed a medium-tempo ballad song to an acoustic instrumental accompaniment.

Exo’s other tracks from their special winter album “Song for You,” which has the same title as its title track, will be unveiled on Thursday. CDs will also be available at brick-and-mortar music stores the same day.

On the day the boy group releases their full album, they will host “Exo Comeback Stage Sing for You” at Lotte World, located in Jamsil-dong, Songpa District, southeastern Seoul.

The live performance will be broadcast through the V app, a smartphone application that runs celebrity broadcasts.