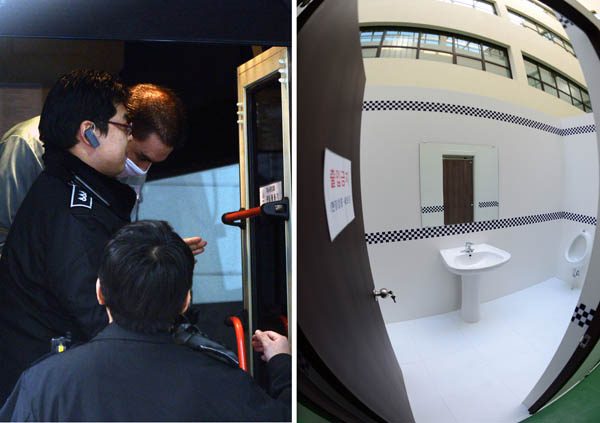 Arthur John Patterson, a suspect in the Itaewon murder case, is escorted to the Seoul Central District Court’s annex in Seocho District, southern Seoul, on Friday, where a re-enactment of the high-profile homicide in 1997 was to take place. Patterson and his friend Edward Lee were accused of stabbing and killing Hongik University student Cho Jung-pil in the bathroom of a Burger King in Itaewon. On the right is a mock-up of the bathroom. Some 10 people, including Lee, took part in the closed-door re-enactment of the murder. [NEWSIS]