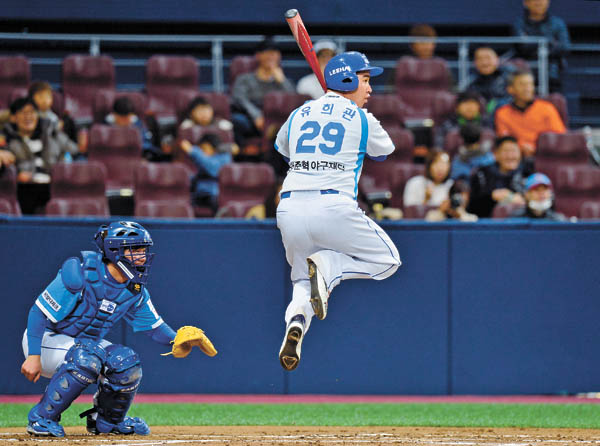 Hope floats - Doosan Bears pitcher Yoo Hee-kwan, right, jumps at bat during the “Hope+” charity game between Team Lee Jong-bum and Team Yang Jun-hyuk at the Gocheok Sky Dome in Seoul on Sunday. The charity game, hosted by the Yang Juk-hyuk Baseball Foundation since 2012, helps a mentee club made up of players from low-income neighborhoods. The game ended 5-5. Yoo was named the MVP of the game. [NEWSIS]