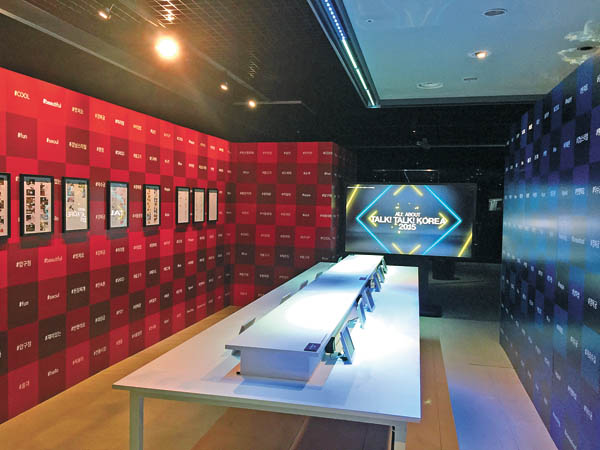 [MINISTRY OF CULTURE, SPORTS AND TOURISM]

An exhibition of the results of the “Talk Talk Korea” media competition, in which people around the globe were asked to express their impressions of Korea through media content such as photos, videos and postcards, is being held at the Digital Library of the National Library of Korea in southern Seoul.

This public competition, which was organized by the Korean Culture and Information Service under the Ministry of Culture, Sports and Tourism, was held in May and June to commemorate the 70th anniversary of the country’s liberation from Japan. A total of 15,911 pieces from 143 countries were submitted. The exhibition, which began on Monday, will run through Dec. 23.