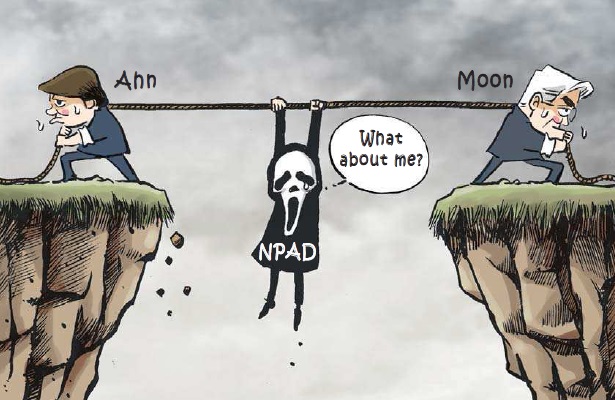 After an ongoing tug of war over reforms and the nomination process for the April 13 general election between opposition leaders Moon Jae-in and Ahn Cheol-soo from the New Politics Alliance for Democracy, the opposition party is poised to be split between the pro-Roh Moo-hyun faction led by Moon and a faction led by Ahn.