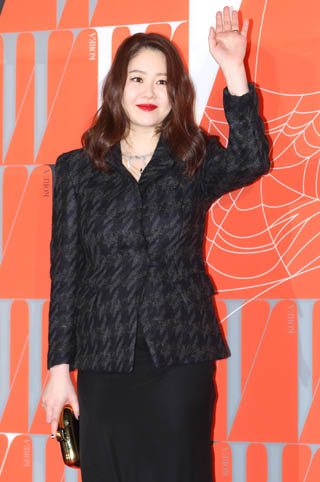 Actress Ko Hyun-jung will show a more personal side through a new reality TV show.

Cable channel SBS Plus said on Monday that the reality TV show will be aired as four episodes, and the first episode will hit the air on Dec. 15 at 9 p.m.

The reality TV show tracks Ko’s trip to Tokyo and films her preparation to launch her travel book that is slated to hit bookstores on Dec. 25.

The actress published a travel book in 2014 that detailed her experience in Okinawa.

Since the actress rarely appears in reality TV shows, SBS Plus said the show will provide a glimpse of the 44-year-old actress’s personal life.

Having debuted in 1989, Ko has been staying on top despite her absence from the entertainment scene from 1995 to 2005.

The actress got married in 1995 when her career was at its height. After getting married, Ko stopped acting until she got divorced in 2003. She then returned to the small screen in 2005.

Singer-songwriter Lucid Fall will appear on the TV home shopping channel CJ O Shopping on Friday at 2 a.m. to sell his newest album.

Antenna Music, which represents the 40-year-old, said on Monday that only 1,000 albums will be available for purchase.

The singer’s seventh regular album is titled “For Somebody” and includes 15 tracks, along with a fictional story written by the singer, a postcard set and 10 tangerines that the singer raised himself.

The singer moved to Jeju last year. He reportedly did not use any chemicals or fertilizers to grow the tangerines.

“People no longer consume music with CDs. Thus, we have been thinking about how to approach music listeners,” Antenna Music said in a press release.
By Sung So-young