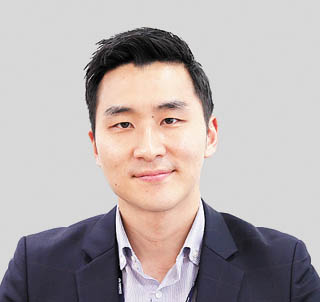 Lee Jun-ho, a newly employed salesman at Daewoo International, was asked a question he never thought of in a meeting in Hong Kong in 2013. “Why isn’t Korean beef, or hanwoo, being exported abroad?” his Hong Kong associates asked.

Lee was then working as a middleman for Daewoo, a trading firm, selling U.S. processed meat to Hong Kong and Australian beef to China.

Upon his return from Hong Kong, Lee started to research the subject of hanwoo and international sales. Everything his associates in Hong Kong said turned out to be true. Korea imports more than 40,000 tons of beef every year from a range of foreign countries. But in the last two decades, Lee found, only 57 tons of hanwoo were exported. Most of those exports were to Korean nationals working abroad and not officially sanctioned.

Foot-and-mouth disease (FMD) basically halted beef exports in the past 15 years. Since 2000, there have been numerous FMD cases reported in Korea, and the country was not able to become a member of FMD-free nations, which the World Organization for Animal Health supervises. Only FMD-free nations can export raw meats to other countries.

In addition, demand for hanwoo is higher than its supply in Korea, which discourages exports.

Japan’s premium wagyu beef has a similar situation, with supply lower than demand. But Japan does make an effort to export, emphasizing wagyu beef’s high quality. In Hong Kong, wagyu is now the third-largest type of imported beef, and its price is 10 times higher than that of Australian beef, the number one import, and U.S. beef.

“There are more and more travelers visiting Korea from China and Hong Kong,” Lee said, “and they are starting to think that hanwoo can become very appealing in their countries, since it is very high quality while its price is a third that of wagyu beef.”

The process of getting approvals to export raw meat is very complicated. Government-level talks are vital.

“Not only government officials but many industry insiders were involved in a negotiating process with Hong Kong for more than two years,” Lee Yeon-sup, an official at the Ministry of Agriculture, Food and Rural Affairs, said.

In July 2014, more FMD cases were reported in Korea. However, Hong Kong authorities continued the negotiations and reached a consensus on rules in April.

On Dec. 14, 600 kilograms (1,300 pounds) of hanwoo will be air-shipped to Hong Kong, the first official exports of raw Korean beef.

“Exporting hanwoo to Hong Kong is not simply about introducing it to the locals,” Lee Dong-phil, minister of agriculture, food and rural affairs, said. “It is the beginning for us to introduce the greater concept of Korean foods to a new international market.”