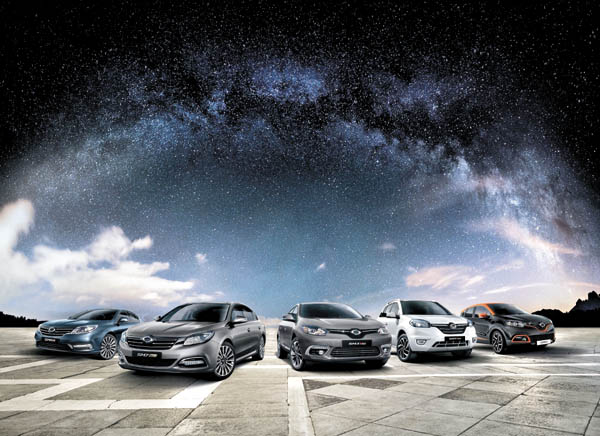 This month’s discounts will be applied to all of Renault Samsung Motors’ models. [RENAULT SAMSUNG MOTORS]

Renault Samsung Motors is offering discounts on all five of its models for customers who plan to purchase this month.

The intent is to give additional benefits for customers during December, the last month of the consumption tax cut period for vehicles that the government designated in August.

For those who pay with cash, the company will subsidize the acquisition tax with 1 million won ($856). Customers who wish to exchange an unusable vehicle registered before December 2010 for a Renault Samsung Motors vehicle will be given 500,000 won.

In particular, people who opt for the SM5 TCE can receive a discount of up to 2,510,000 won. For this model, users who exchange an unusable vehicle will get 1 million won, the acquisition tax subsidy of 1 million won and a consumption tax cut of 1 million won.

Customers who pay on a monthly credit card installment plan can pay interest-free for 36 months (except for the SM7 LPe, on which the interest rate is 1.5 percent). This is thanks to Value Box, a service package Renault Samsung launched this year that provides various benefits to its customers, including a five-year warranty repair service and drivers insurance program.

Further inquiries can be directed to local dealerships and the customer service center (080-300-3000).