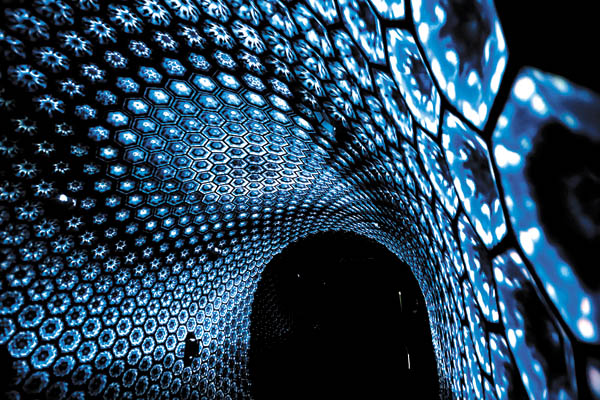 The Daelim Museum, located in the Seochon village west of Gyeongbok Palace in central Seoul, is popular among hispters because of its exhibitions focusing on fashion and photography and the many parties held there.

Now the museum has opened a new branch, called D Museum, on Dokseodang-ro in Yongsan District.

The Dokseodang area has been getting more attention from real estate experts in recent years as more hip boutiques, restaurants and cafes open on the street, which is adjacent to the Itaewon strip and Gyeongridan-gil. 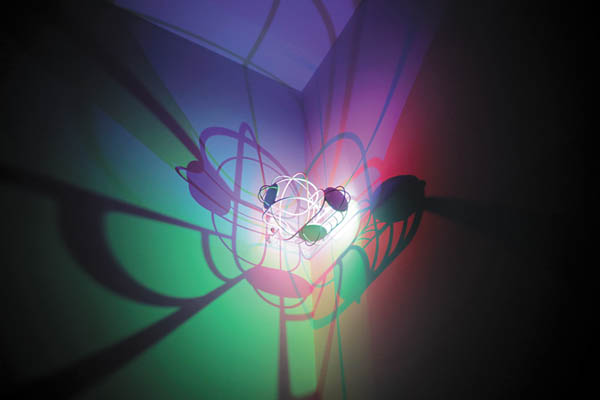 For its inaugural exhibition, D Museum kicked off the “9 Lights in 9 Rooms ? Spatial Illumination” exhibit, which features lighting installation works by nine foreign artists and designers.

In the second room is London-based Australian designer Flynn Talbot’s work “Primary.” In the dark, light of changing primary colors is projected on a triangular sculpture covered with many smaller triangular pyramids. It creates numerous different abstract painting-like images depending on the time and angle. 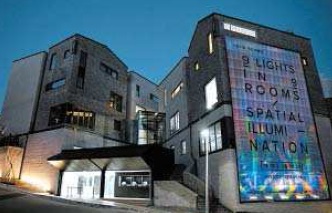 And a piece by Russian visual-auditory art group Tundra, “My Whale,” is on display in the sixth room. It is a synaesthetic installation work in which the viewers see and hear regular image patterns and regular sounds, which surround them and resonate together.

In the eighth room is “CMYK Corner, CMYK Wall” by the Netherlands-based German designer Dennis Parren. This work consists of not only metal sculptures but also the LED lights on them and the resulting shadows.

The exhibit “9 Lights in 9 Rooms ? Spatial Illumination” runs through May 8. Admission is 8,000 won for adults. The museum is closed on Mondays. It is located at Dokseodang-ro 29-gil in Yongsan District, central Seoul. There is no nearby subway station. For more information, visit www.daelimmuseum.org/dmuseum or call 070-5097-0020.