Gangwon museum resurrects the legacy of a tragic artist

Gangwon museum resurrects the legacy of a tragic artist 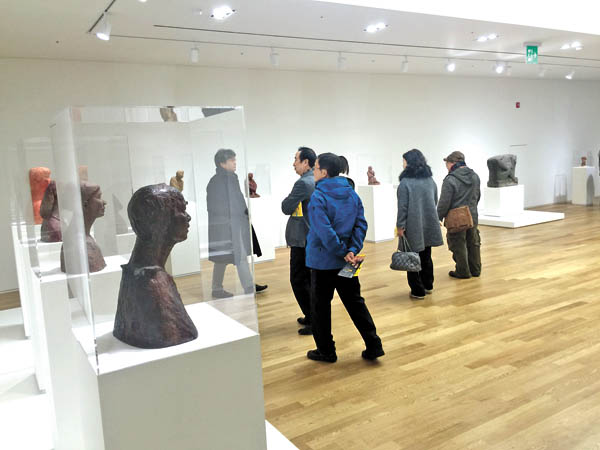 CHUNCHEON, Gangwon - “Spit at the ordinary, idolize the idiot, and give thanks to the genius,” were the silent wails of the artist Kwon Jin-kyu (1922-73) who, at the age of 51, wrote these final words in his atelier before committing suicide. To a friend, he sent a short parting letter, in which he wrote, “Life is nothing but ruin.”

Specializing in terra-cotta and geonchil, a type of paper sculpture covered with lacquer, Kwon left his mark as a pioneering Korean modern sculptor. Born in the city of Hamheung in North Korea’s South Hamgyeong Province in 1922, he graduated from Chuncheon High School before attending and majoring in sculpture at Musashino Art University in Tokyo. (In 2009, the university honored Kwon as a representative artist.) Upon his return to Korea in 1959, Kwon created sculptural portraits and busts based on traditional sculpture. 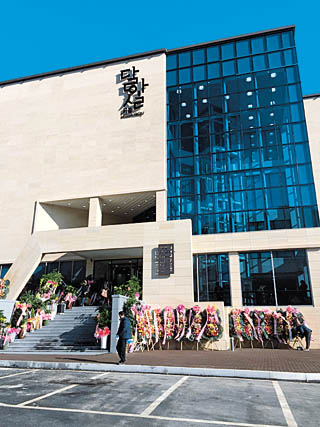 The museum opened on Saturday in Chuncheon, Gangwon. [JUNG JAE-SUK]

The Japanese colonial era (1910-45) and Korean War (1950-53) had cast a shadow of death over Korean society. As an artist who experienced those events firsthand, Kwon could never escape this darkness.

But now the Kwon Jin-kyu Museum in Chuncheon, Gangwon, which opened its doors on Saturday, is shining light on the artist, much to the joy of longtime admirers. The museum serves as a space to collect and display the monumental works by the eccentric artist, who expressed his aspiration “to define realism in Korean art.”

The artist’s sister Kwon Kyung-suk, 88, who has perfectly preserved his atelier and works, described him as “the most earnest person I have ever met.” Now the director of the museum, she said, “His voice saying, ‘These are my children,’ still rings in my ears. … I’m so grateful I was able to keep my promise to Jin-kyu to return his dearest possessions to Chuncheon, the very place where he spent his adolescent years.” 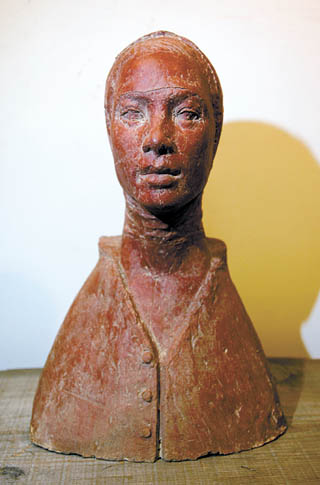 Kwon Jin-kyu’s “Jiwon’s Face,” modeled after one of his apprentices, is one his most famous pieces. [JOONGANG ILBO]

Daeil Mining Chairman Kim Hyun-shik, who had collected about 140 of Kwon’s works over the years, helped with establishing the museum.

The opening exhibition, titled “Kwon Jin-kyu and Lady,” is devoted to about 40 sculptural portraits including self-portraits. “Tomo, the Face of the Wind,” a portrait of Tomo Ogino, the artist’s colleague, model and first love, and those of his apprentices seem to be attempts to define an ideal human archetype rather than representing each individual.

His self-portraits also demonstrate the destruction of his identity, leaving only the very core of his fiery spirit.

The museum opening marked a new beginning for Kwon’s art, after the artist’s dramatic death seemingly overshadowed his artistry.

Yoo Hui-young, former general director of the Seoul Museum of Art, said, “The museum has enabled me to fully remember Kwon as a passionate artist who didn’t allow the mundane world to compromise his ardor for art.”