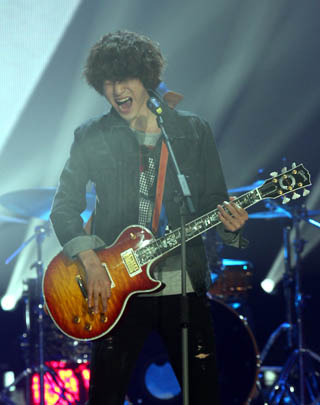 Sunday: Jinusean is one of the first hip-hop groups signed by the music company YG Entertainment. Though at the forefront of the hip-hop scene in Korea, the duo, which consists of Jinu and Sean, have never held a concert since their debut in 1997 and have been inactive since their last album was released in 2004.

However, the pair has hinted at a comeback with an appearance on the popular variety show “Infinite Challenge” and a re-release of their top hit, “Tell Me,” culminating in their very first concert this month.

Ahead of the year-end celebration, Psy just released a new album last week.