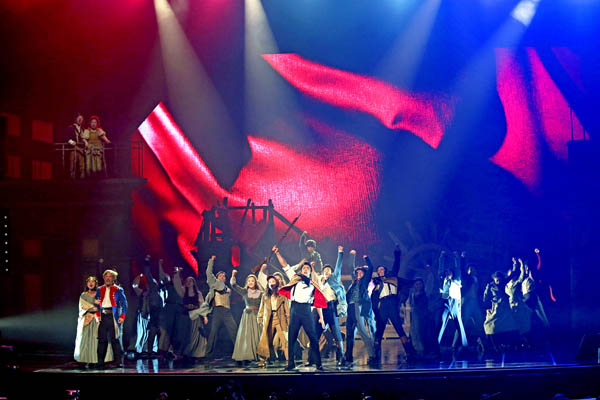 The all-time favorite musical “Les Miserables” is being staged once again in Korea, this time at Blue Square in Hannam-dong, central Seoul. [JOONGANG ILBO]

To Mar. 6: The all-time favorite musical, celebrating its 30th year since its original Broadway debut, is returning. Based on the novel by French writer Victor Hugo, the story of Jean Valjean and his quest for redemption in the midst of a national revolution has spawned several adaptations.

The latest Korean production is giving the show an upgrade, breaking away from the traditional stage setting in favor of a hanamichi stage, which gives the audience a better view of the action. 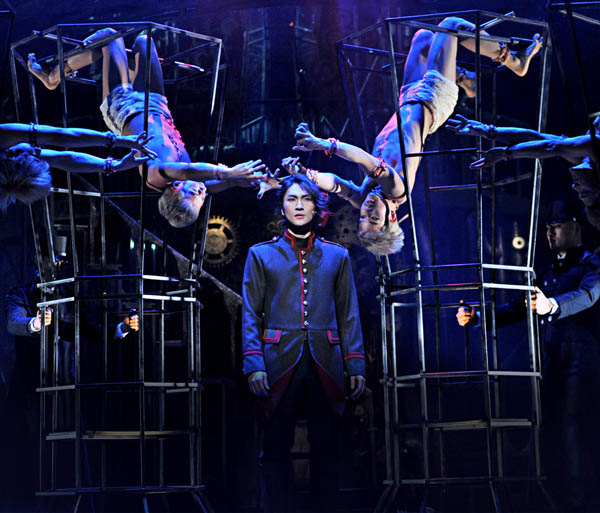 To Feb. 28: “Frankenstein” took Seoul by storm when it premiered last year. It won nine awards, including Musical of the Year, out of 10 nominations it received for the 2014 The Musical Awards.

Sunday: The Voca People is an eight-person ensemble that, using only their voices, reproduces the sounds of a full-scale orchestra. Hailing from Israel, the group has performed around the world. At each stop, the group incorporates local hit songs into their repertoire. After their first performance here last May, they are returning to Korea for an encore show that will include jazz, pop and classical, with hits by Madonna, Lady Gaga and Maroon 5.

Dec. 25 to 27: The Sejong Center is showcasing its production of “Carmen,” in collaboration with the Teatro Giuseppe Verdi opera house in Busseto, Italy. French composer Georges Bizet’s “Carmen” depicts the fatal attraction of Don Jose, a corporal whose love for Carmen, a gypsy girl, as deep and genuine as it is, becomes a threat to Carmen’s independent and free lifestyle. As Don Jose is driven by love and jealously, the lines between reality and fiction, love and hate, sanity and madness are blurred.

Dec. 18 to Feb. 28: After five years of preproduction, the Korean version of “The Orchestra Pit” is finally hitting the stage. This meta-comedy sketch, which originally debuted in Japan in 2000, provides a behind-the-scenes look at the lives of musicians in a pit orchestra. The production features several prominent silver screen actors, including Hwang Jung-min, who most recently starred in the mega-hit film “Veteran.”

To Jan. 31: After last year’s Korean premiere at the Seoul Arts Center, “Gone With the Wind” is returning to Korea to showcase once again the musical adaptation of the literary masterpiece by Margaret Mitchell. This timeless tale centers on the tangled, turbulent love triangle between southern belle Scarlett O’Hara, charming gent Rhett Butler and the sweet yet unattainable Ashley Wilkes, while touching on the themes of slavery, war, belonging and displacement.