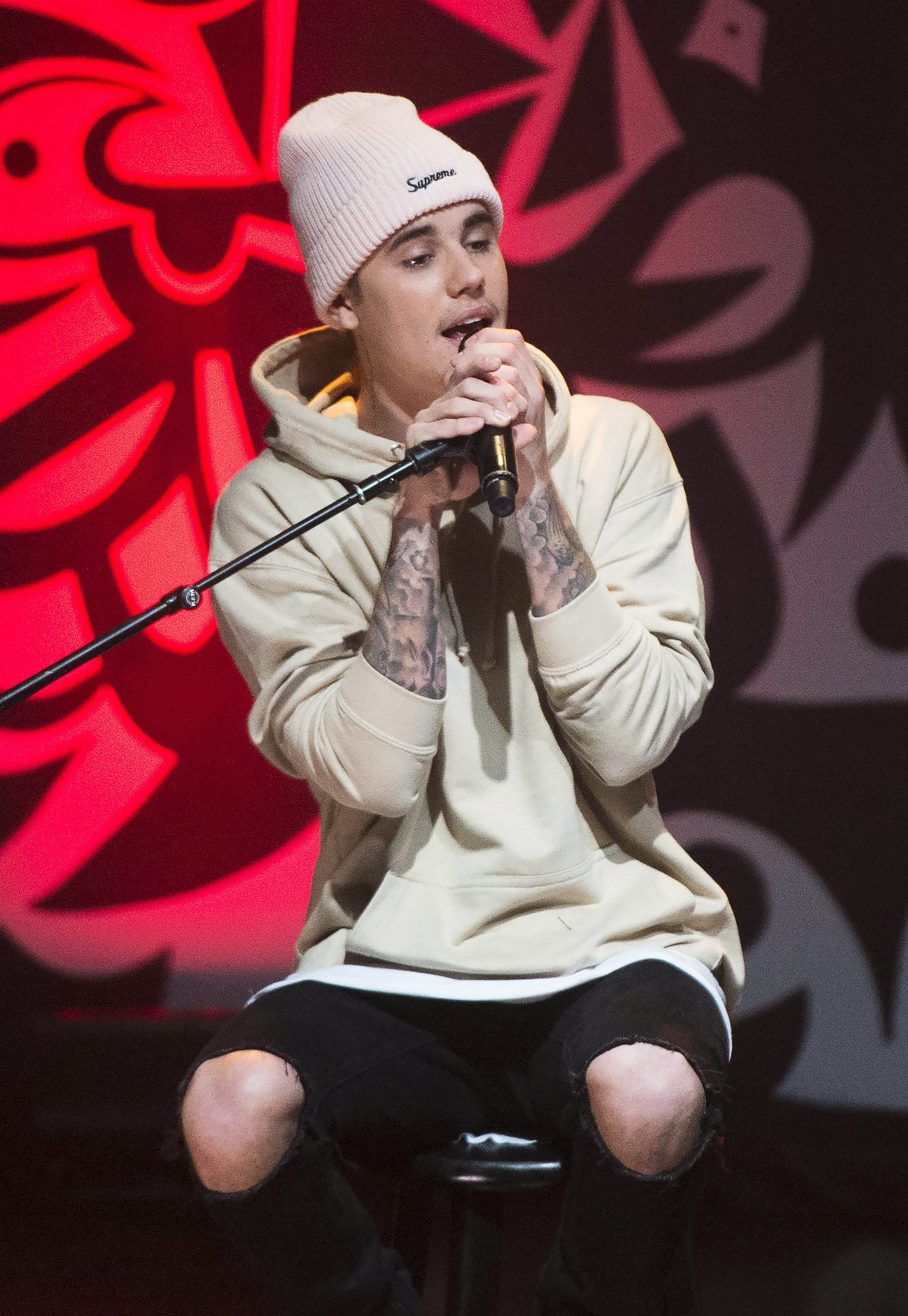 “Up for a Grammy with these guys thanks to everyone who has been a part of this amazing musical transition,’’ best dance recording nominee - Justin Bieber (pictured), via Instagram, along with a photo of himself with Diplo and Skrillex, who all worked on the hit song, “Where Are U Now.’’

“We put all our love for jazz and the songs of Jerome Kern - that are such a testament to the Great American Songbook - into this recording. It is always an honor to be nominated for a Grammy.’’ - Tony Bennett, nominated with Bill Charlap for traditional pop vocal album, in a statement.

“I am so grateful to the fans, the Nashville music community and the Recording Academy for their appreciation and recognition. This has been just the most amazing year.’’ - Sam Hunt, nominated for country album and new artist, in a statement.

“Crying all day... what an honor it is to be next to such incredible artists like @torikelly @jamesbaymusic @samhuntmusic and #CourtneyBarnett ..thank you to the @thegrammys for this amazing nomination!!’’ - Meghan Trainor, celebrating her new artist nod, via Instagram.

“We are at a loss for words. We are so proud of this album and to see it recognized in this way means the world to us.’’ - Alabama Shakes, which collected four nods for its album “Sound & Color,’’ via Instagram.

“I wasn’t expecting the Grammy noms, thank you’’ - Ed Sheeran, up for song and record of the year for “Thinking Out Loud,’’ via Twitter.

“I am so ... humbly elated to be listed among the other performers I look up to... This is a dream come true. But the real question is, what the hell am I going to wear?’’ - Elle King, double-nominee for her hit single “Ex’s & Oh’s,’’ in a statement.

“i’m nominated for a Grammy. my heart is heavy & i am just speechless’’ - New artist nominee Tori Kelly, via Instagram.

“Woke up 2 Grammy nominations!! :) Thanks everybody who nominated me and congrats to all the other nominees!’’ - Kelly Clarkson, nominated for pop solo performance and pop vocal album for “Piece by Piece,’’ via Twitter.

“4 Grammy nominations! Thank you!’’ - John Legend, who has three bids for his song with Common, “Glory,’’ and a fourth for his track with Kanye West, “One Man Can Change the World,’’ via Twitter.