Reflecting on the legacy and missteps of Kim Young-sam

Reflecting on the legacy and missteps of Kim Young-sam 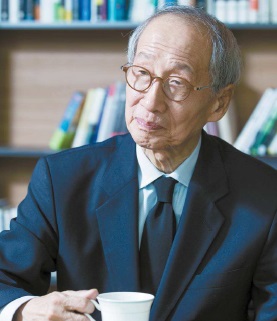 Veteran politician and former journalist Yoon Yeo-joon is perhaps best known as the longest-serving spokesperson under the Kim Young-sam government (1993-98).

He also served as head of the Blue House’s press office and, later on, went on to serve as environment minister.

Since Kim’s death on Nov. 29, Yoon has spent time reflecting on the legacy and shortfalls of the late democracy activist, who once went on a hunger strike for 23 days in defiance of the military regime.

The following is an edited excerpt from an interview with the JoongAng Ilbo.

Q. Kim Young-sam was a fighter for democracy. But in 1989, he decided to merge his party with the then-ruling party, which was aligned with the military government. The move was criticized and set off immediate protests.

A. Kim made the move after calculating that the merger with the ruling party and military forces would be the only way for him to become president so that he could finally put an end to the military-run regime. The decision reflected equally on his sense of obligation that he had to do whatever he could to end military rule but also on his political ambitions. It was a wise decision made by a politician with a realistic vision. In reality, you must choose the lesser of two evils.

You drafted Kim’s national apology over the controversies surrounding his son, Hyun-chul, who was convicted for accepting bribes and influence peddling.

I did write the draft.

As controversy over the allegations against Hyun-chul started to snowball, I went to the presidential chief of staff and warned him that the president could be forced to resign in the middle of his term if he tried to leave the matter unaddressed. Back then, President Kim was unsure whether his son had really committed those crimes, especially since many of his presidential secretaries were defending Hyun-chul.

Then the late Cardinal Kim Sou-hwan called the Blue House and asked for a meeting with the president, which we arranged. After the talks, the cardinal told us at the door, “I have done my part. Now it’s your turn to do your job.

President Kim also met later with religious leaders, and they all recommended he issue an apology on behalf of his son. After those talks, he told me to write up a draft.

What was the atmosphere like on the day of his address to the nation?

I insisted it should be aired live to convey to the public a genuine sense of regret. Some presidential aides objected to the idea and said it should be broadcast in a 15- to 20-minute slot.

I told him there should be no one in the room but him and a cameraman.

I told him, “If you start to cry, just show it. Read the statement with real emotion.”

Kim said he would and did as he said.

Twenty minutes before we went live, the president called me and asked whether the wording was too personal. I told him that while we could change the tone, the original version would more likely be interpreted by the public as sincere and genuine. Kim agreed and read it as it was. After the statement, I received a report that public sentiment toward Kim had turned due to his candid manner. When I went up to his office to give him the report, I saw him in a state of silent devastation, staring up at the ceiling. From that day on, I often found him in a similar emotional state.

How open was President Kim to direct advice?

If you gave him 10 pieces of direct advice, he would listen to six or seven. I would often tell him, “If you insist on having things your way, there will be problems.”

Then he would respond, “I was wrong about that. You’re right.”

Sometimes, the chief secretary for public affairs would brief the president on negative public reactions. And while he wasn’t happy with the report, never once did he stop the briefing.

I questioned why the presidential office had to brief him on such matters, and Kim would say that it was the job of the presidential public affairs office to deliver that information, even if it was negative.

Were there any situations that exemplified Kim’s open attitude toward communication?

There are many cases that could illustrate his open-mindedness. At the beginning of a year, he would hold a press conference to lay out his plans for state affairs out of a sense of duty to the people. He asked me to write up a draft that would be 20 minutes long.

One time, I skipped over his policy on the sporting community to meet the time limit. Kim called me back in and said, “People in the athletic community will be really disappointed if you omit this. Put it back in.”

One of the biggest disappointments of his presidency was his failed economic policy, which contributed to the 1997 financial crisis.

Starting in early 1997, ministers began speaking out during Cabinet meetings about worrisome economic conditions. But the economic minister would dismiss those concerns and argue that the fundamentals of Korea’s economy remained strong, which assured the president that the economy was on the right track. Then, around March or April, one of Kim’s economic secretaries told him that the country’s economic status was rapidly deteriorating - the same man who had told him everything was fine.

I told Kim, “No country experiences such a rapid shift in economic standing within a one-month period. There were already red flags in the private sector [which were ignored by government officials]. You need to hold those officials accountable for their inaction.”

The late Kim was someone who could make decisions without fear of potential failure and was willing to take responsibility for his choices.

In that regard, Kim Moo-sung has fallen short as a leader. I don’t think there is anyone in the current political landscape who can rightfully claim to be the political son of Kim Young-sam.

What was the relationship like between Kim Young-sam and Kim Dae-jung?