Lee Min-jung to make a comeback on TV

Lee Min-jung to make a comeback on TV 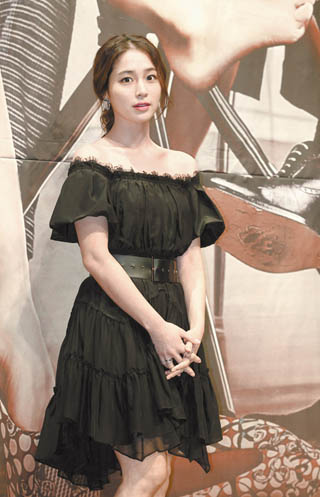 Actress Lee Min-jung will return to the small screen in February, two years after her previous work, “Cunning Single Lady” (2014).

A person working at a drama department told Ilgan Sports, an affiliate of the Korea JoongAng Daily, on Wednesday that “Lee will appear in the upcoming drama series ‘Hello My Precious Person.’ She is currently working on the final details.”

Singer-actor Rain and actress Kang So-ra will team up with Lee. The series is about people who have experienced the afterlife.

In the drama series, which is based on Japanese novel “Tsubakiyama Kacho No Nanoka-kan,” Lee plays the role of Shin Da-hye, a perfect housewife who excels in everything from taking care of her in-laws to cooking to cleaning.

After Ilgan Sports ran an exclusive story on Lee’s return, many other local entertainment news agencies published stories on the topic because it is her first project since giving birth to a baby boy last year.

The actress has also been keeping a low profile since her husband, actor Lee Byung-hun, became embroiled in a blackmail scandal in September last year.

Lee was threatened by two women in their 20s working in the entertainment industry. The two asked for 5 billion won ($4.2 million) in return for not releasing a video clip of Lee, in which he was allegedly drinking alcohol and using lewd language.

The two accomplices were sentenced to fines and jail time in March.