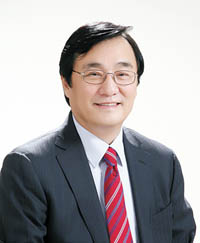 COEX, the nation’s largest convention center, plans to expand from a host of conferences and exhibitions to a facilitator of culture, just in time for the company’s 30th anniversary next year.

COEX hopes to make the area around Samseong-dong, Gangnam District, in southern Seoul a mecca for cultural events.

“We were mainly known for our exhibitions and conventions, but we have so much potential to grow and attract more people to the area,” COEX CEO Byun Bo-kyung said on Thursday. “I would like to transform the Samseong-dong area into Korea’s own Las Vegas by enhancing connections with the nearby casino, hotel, movie theater, department store and duty-free shops.

“Samseong-dong is the only place in Korea that has all these features that attract people,” he added.

COEX is also currently using its three decades of experience to help develop local convention centers around the country, according to Byun.

“People would usually come to see us, but from now on, we’re planning on approaching them to show what we can offer,” Byun said.

COEX launched offices in Vietnam in June and is planning on growing its number of projects in the meetings, incentives, conferences and exhibitions, or MICE, industry in other parts of Indochina as well.

This year’s theme is “Warm Heart,” and a total 41 Christmas trees will be displayed around the COEX mall, 12 of which are created using recycled materials provided by the Ministry of Environment. Lights will also be displayed every day from 5 p.m. to 1 a.m.

SBS’s Music Festival, Entertainment Awards and Drama Awards will also be held at COEX Hall on Dec. 27, 30 and 31. This year’s festival will end after its New Year’s Countdown Party, for which a detailed schedule has yet to be released.

“This is the second year that we are co-hosting the event, and I am sure that we will do a better job this time,” Byun said. “I would like to hold as many events as possible throughout the year so that both locals and foreigners think there’s always something to enjoy at COEX.”

The 2015 COEX Winter Festival is co-hosted by COEX and the Korea International Trade Association, supported by the Ministry of Environment and Gangnam District Office, and co-sponsored by Nickelodeon and Hankuk Paper.