Character traits exposed by use of smartphone

Character traits exposed by use of smartphone 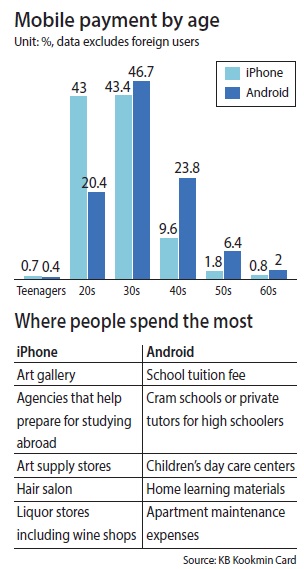 The results of an analysis done by KB Kookmin Card was released on Thursday. It is based on mobile payment data from one million users of KB Card’s mobile credit card application called Kmotion in the past three quarters.

Of the total one million users of the mobile payment service, those who accessed the app via iPhones accounted for only 22.4 percent, while 77.6 percent used the Android app.