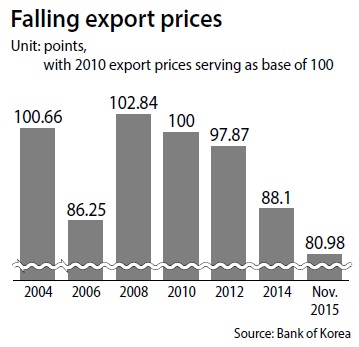 Both the public and private sectors should pay closer attention to debt management, as the U.S. Fed prepares to raise interest rates, said Bank of Korea Gov. Lee Ju-yeol.

Lee emphasized that emerging economies in Asia must pay attention to debt management because their risks exceed that of advanced economies. He made his remarks at a conference jointly hosted by the Bank of Korea and International Monetary Fund (IMF) on Friday in central Seoul that discussed the past and future of leverage in Asian economies.

Lee explained that many Asian economies, including Korea, implemented “accommodating monetary policies” for cheaper loans and welcomed tons of global liquidity flowing in instead of deleveraging.

The world’s major advanced economies carried out quantitative easing policies, he said, but also worked on their own deleveraging right after the 2009 global financial crisis.

“Financial institutions need to improve their capabilities for screening when supplying credit to borrowers. They also need to expand the shares of stable funding to minimize any adverse shocks in case the global financial environment changes,” Lee said. “Borrowers, for their part, need to maintain stable financial structures by properly managing the risks stemming from future income flows, from changes in interest rates, and from possible maturity mismatches between their assets and liabilities.”

According to the IMF’s Global Financial Stability Report released in October, the emerging markets’ average corporate debt-to-gross domestic product ratio at nonfinancial companies reached 74 percent in 2014, up by 26 percentage points over the last 10 years.

Corporate restructuring of debt-ridden companies was another policy suggested by Lee, who emphasized that “the continuing operation of inefficient firms only leads leverage to increase.”

His remarks came after Korea’s export prices dropped to a 30-year low in November, mainly due to steep declines of international oil prices, which will worsen local export companies’ profitability and eventually make it more difficult for borrowers to pay back their debt.

According to Bank of Korea statistics released on Friday, the nation’s export prices index hit 80.98 points in November, down 8.6 percent compared to the same month last year. This was the lowest score for the year and the second lowest on record following 80.79 points in September 1986.

The export prices’ drop was mainly caused by an overall decline in raw materials prices, ranging from crude oil to coal.

Joo suggested that fellow Asian economies should take a “two-track approach” in which the government keeps the private sector’s investment and individual consumers’ consumption going through expansionary macroeconomic policies, but at the same time, makes borrowing rules stricter for both individual and corporate borrowers to minimize credit vulnerabilities.