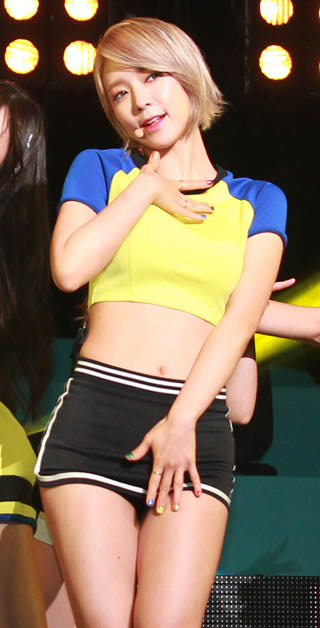 Choa, a member of the K-pop girl group AOA, will release a a solo song later this month.
According to industry insiders on Friday, the singer’s first solo song will not be an official solo album but is part of a Loen Tree Entertainment project, even though Choa belongs to FNC Entertainment.
Choa’s new solo song is reportedly a ballad song.
Although many hits of AOA are dance songs, Choa is a skillful vocalist, and she showed off her vocals through the popular reality TV show “King of Mask Singer,” in which celebrities sing by wearing facial masks. Audience and regular guests of the show guess the identity of singers.
Choa appeared on the show in September and received rave reviews for her singing.
BY SUNG SO-YOUNG