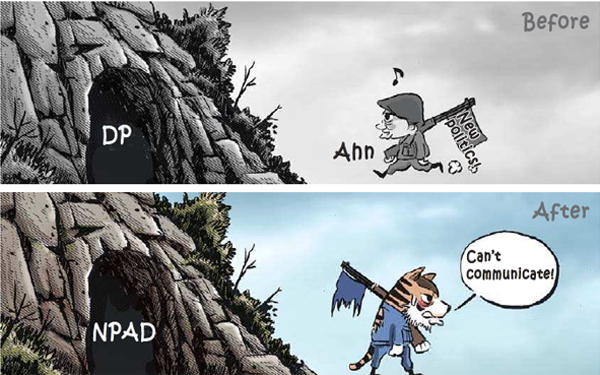 When he and his supporters merged with the Democratic Party in 2014 to form the New Politics Alliance for Democracy (NPAD), Rep. Ahn Cheol-soo said he had to go into a “cave of tigers” to catch them. But he once again pulled back from his crusade to reinvent the main opposition. On Sunday, Ahn left the NPAD, founded under the banner of “new politics,” in a bid to find a new path.