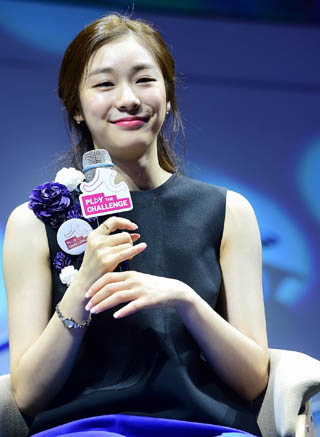 The first awards will be held at the Hall for Members of the National Assembly, located in Yeouido, western Seoul.

The awards honor individuals and private companies which are credited for promoting Korea overseas.

For example, “The Producers” has earned 4 billion won ($3.4 million) by selling broadcasting rights in China, Japan, Thailand, Indonesia and Kazakhstan.

The actor was also chosen last month as one of the five most influential people in the Chinese entertainment industry. He was the only non-Chinese celebrity who made the list.

Figure skater Kim was chosen because of her contribution to winning the bid to hold the 2018 Winter Olympics in Pyeongchang County, Gangwon.

Although Kim retired from figure skating in 2014, she is still much loved by her fans. She is also one of the most sought-after models by advertisers.