Song Seung-heon travels with his girlfriend

Song Seung-heon travels with his girlfriend 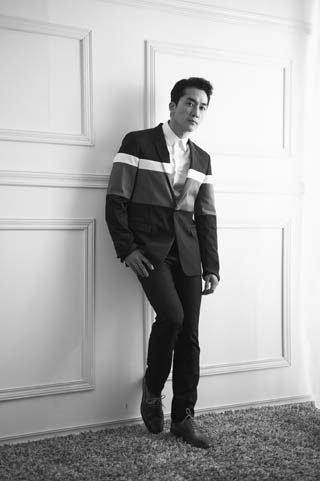 Actor Song Seung-heon reportedly traveled to the southern part of Korea with his girlfriend, Chinese-American actress Liu Yifei, and her mother.

Sports Seoul ran an exclusive story on Monday and quoted a person from the show business industry as saying, “Song, Liu and her mother traveled around the southern part of Korea in October, and they stayed at the Southcape Spa & Suite.”

The high-end resort, located in Namhae, South Gyeongsang, became famous after celebrity couple Bae Yong-joon and Park Su-jin went there for their honeymoon.

Song and Liu first met while they were shooting the Chinese film “The Third Way of Love,” in which the two play a fictional couple. The two confirmed their romantic relationship in August.

After they finished shooting, Song spent time with Liu’s family in her hometown of Wuhan, Hubei Province, and Liu flew to Seoul to meet Song on his birthday.

Song is currently shooting the drama series “Saimdang: The Herstory,” which centers around Shin Saimdang (1504-51), one of the most well-known historical figures of the Joseon Dynasty (1392-1910).

In the drama, Song plays an aristocrat who loves Saimdang for more than 20 years.