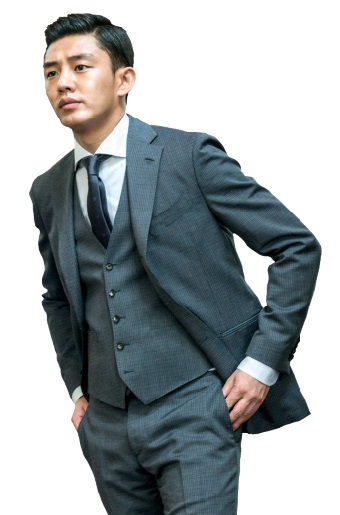 Actor Yoo Ah-in has been chosen as the best actor of the year.

Gallup Korea released the results of a survey on Wednesday in which Yoo earned 26.9 percent of votes. The survey, “Actors Who Brightened Up This Year,” identified the 10 best actors and actresses.

The actor starred in two hit films this year. In the action film “Veteran,” the 29-year-old actor perfectly plays the role of a spoiled and greedy conglomerate heir, while in the historical film “The Throne,” he plays the role of doomed Prince Sado of the Joseon Dynasty (1392-1910).

In the latter film, which tells the story of a tragic father-son relationship, the prince’s father, King Yeongjo (1694-1776), executes his son by locking him in a rice chest, where he dies of suffocation and starvation.

With the period film, Yoo received the Best Actor award from the Blue Dragon Film Awards in November.

Yoo began his acting career at the age of 18. He used to play gentle and good-hearted boy-next-door roles in the early part of his career, but he successfully made the transition from a teenage actor to an adult actor and has been playing more mature roles like a classical music prodigy who falls in love with a married woman.

Actress Jun Ji-hyun of “Assassination” was ranked fourth. She was the only woman who made the list.