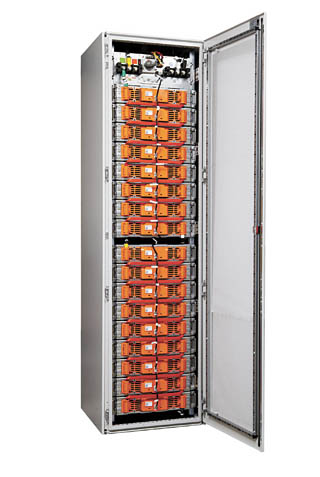 LG Chem has won a contract to supply battery modules with a cumulative capacity of 1 gigawatt per hour (GWh) to U.S. company AES’s energy storage system (ESS), the company said on Wednesday. The capacity is the largest-ever secured in a single ESS battery supply deal.

An ESS is a recent technology developed to save energy in batteries when they’re not being used or when demand for power is low.

LG Chem said the contract might get even bigger since it expects to make additional deals with the U.S. power provider, which has planned to build electrical grids around the world through 2020.

Under the five-year agreement, the company will supply lithium-ion battery modules that offer a capacity of 1GWh, enough to handle the daily power consumption for some 100,000 households or fully charge about 50,000 Chevrolet Volt electric vehicles.

LG Chem first started to supply household ESS batteries in North America in 2010, and has since expanded its market to include Europe and Africa. The company also has won a deal to supply ESS batteries to Germany in November.

“The company set a milestone in the industry by winning a gigawatt-level contract that no one was able to manage before,” said Lee Ung-bum, a director at LG Chem’s electronics department. “We will lead the global market with the world’s best battery products.”

The two companies have been negotiating and working together in developing the technology since 2009, according to LG Chem.