Ssangyong gets 860 billion won piece of pie in Dubai

Ssangyong gets 860 billion won piece of pie in Dubai 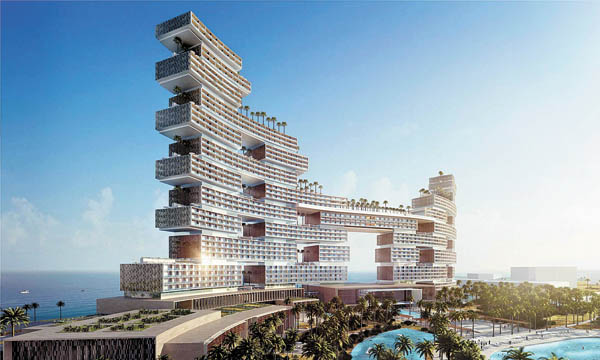 Ssangyong Engineering & Construction, which is searching for momentum for its revival, has won a 860 billion won ($730 million) share of three major projects in Dubai.

The projects are the first overseas contracts won by the company since it was acquired by the Investment Corporation of Dubai (ICD) in January.

Ssangyong said on Wednesday that it will take part in three construction projects: the Dubai Royal Atlantis Hotel, a Palm Gateway apartment complex and construction of an office building known as the “A Project”.

The three projects are worth a total of $1.6 billion.

The Royal Atlantis Hotel is an $840 million project. Ssangyong’s share is $420 million, while Belgian company BESIX, which was the main builder for the world’s tallest building, the Burj Khalifa, will take the remainder. The plans call for a 47-story hotel that will house 795 rooms and a 37-story luxury high-rise apartment consisting of 231 units on Dubai’s artificial Palm Jumeirah island.

The Palm Gateway apartment complex is worth $386 million. The share for Ssangyong is $193 million, while China State Construction Engineering will take the rest. The plan is for three 61-story luxury apartment buildings that will have a total of 1,265 units. The A Project is a large office building near the International Finance Centre in Dubai.

Ssangyong said this is the company’s first project launch in Dubai in 13 years. It said it was able to win such large pieces of the projects as it formed a joint venture with global partners to beef up equipment and workforce.

The company said it expects to win additional large projects in the Middle East, including works related to the 2020 Dubai Expo. “We aim to expand our business territory not only in the Middle East, but also in Africa and Europe in cooperation with our biggest investor, ICD,” senior vice president Lee Kun-mok said.