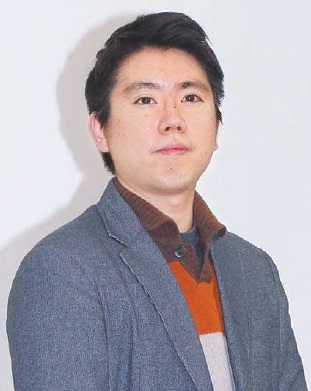 Lee Min-bok, 30, an employee at a public institute, has no plans to get married. “I can’t even dream of acquiring a house, so I can’t get married,” he says. [SHIN IN-SEOP]

Koreans in their 20s and 30s cited the cost of housing as one of the main reasons why getting married is so difficult, according to a recent survey, which in turn has contributed to many couples choosing to postpone having children.

The JoongAng Ilbo analyzed the biggest factors behind the delay in marriage and the country’s low fertility rate, interviewing some 74 people between the ages of 20 and 39.

Of them, 33 were unmarried. The remaining 41 were married couples with one child or none.

It also conducted a survey of 1,050 married and single men and women in the same age bracket.

Both wed and unwed respondents saw the cost of housing as a major setback in getting married, including Jeong Ah-yeon, a 30-year-old teacher who has been married for three years.

She and her husband live in an 85.5 square meter (920.3 square foot) villa in Gangseo District, southern Seoul, their honeymoon home, but they can’t see themselves having a child in the near future.

The couple is eager to repay the principal as soon as possible due to the high monthly interest rate and sets aside 3 million won per month to do so.

“If we have a child, it would cost at least 1 million won per month,” said Jeong. “And in that case, paying back the loan would most likely be pushed back another one or two years, so we have delayed having a child for the time being.”

“Even if we pay back the loan, if you think about the cost of private education and whatnot, it would still be difficult to have more than one child,” she said. 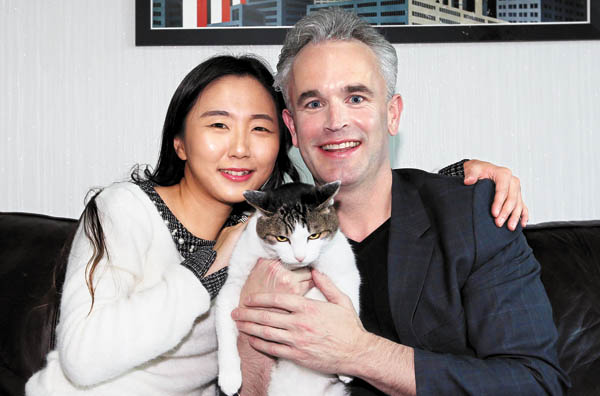 Kang Hyeon-jin, 34, who heads a consulting firm, and her husband Jezreel Kang-Graham, 41, a professor, have no plans to have children because they value their careers. [KIM SANG-SEON]

Similarly, Lee Min-bok, 30, has no imminent plans to wed, which he said was “completely due to the housing issue.”

“My friends have the same worries,” he said, “but the criteria to qualify for [the government’s Happy Housing initiative] are very stringent.”

The Happy Housing campaign, a project under the Park Geun-hye administration, builds housing for the needy in central city areas through the development of state-owned land.

But Koreans in their 20s and 30s said they wanted more measures to help resolve the housing issue.

The newspaper’s survey showed that 43.9 percent of 611 singles responded that money was the most important prerequisite for marriage. By contrast, only 0.5 percent chose love. 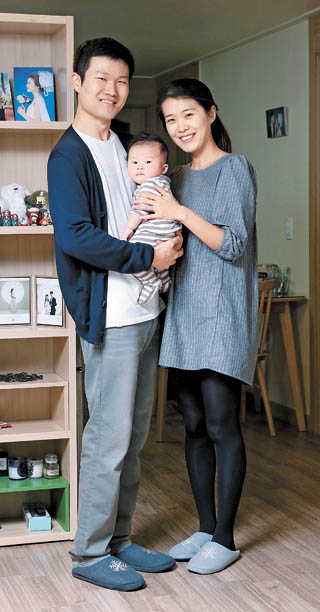 Bae Jeong-min, 33, a company employee, and his wife, 32-year-old Yoon Jae-hee, a former art instructor, said they may consider a second child if there were more child-care centers at work. [KIM SEONG-RYONG]

Similarly, a third of 439 married respondents associated childbirth with “difficulty,” whereas only 1.7 percent associated it with “joy.”

When asked under what kind of circumstances they would like to have children, 53 percent of married respondents said that if the cost of housing and living expenses were not a problem, they would want as many as three children.

Likewise, when singles were asked what could enable earlier marriages, 35 percent responded that support in acquiring housing was their top choice. This was followed by resolutions to the unemployment crisis and problems in the job market at 27.6 percent.

Over one-third, or 36.5 percent, of married respondents said they would like to see child care centers that could be accessed at any time - though more flexible work hours was just as important or even more desirable for parents. 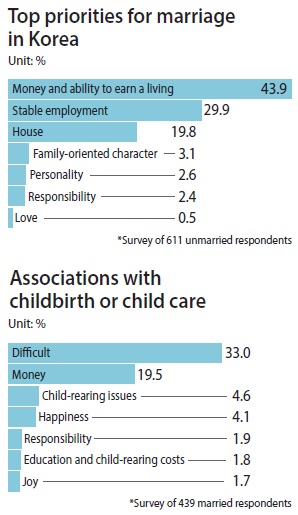 Some 36.7 percent of married couples called for tangible measures to guarantee flexible working hours in order to ease child-rearing.

Long work hours was pointed to as the top impediment to work-life balance at 37.3 percent, followed by men’s lack of participation in child-rearing at 18.8 percent.

Otherwise, difficulty in finding stable employment was selected by 30.1 percent of respondents as the main reason behind delayed marriages or of not marrying at all; and 27.6 percent said acquiring house and getting married was too expensive.

But even though marriage itself was considered costly, especially when taking into account expenses for the ceremony and acquiring a house, having children appeared to be even more so - opening up a Pandora’s box of additional fees for care and education.

Many couples find child-rearing extremely difficult even with support from their in-laws, who often help care for the child while both parents are at work.

Kim Ki-woon, 34, has a 6-year-old daughter, but has no plans for a second child. “My wife and I leave for work early in the morning and leave late at night, so even now, we are barely getting by with help from my in-laws,” he said, “so a second child is not possible.”

Over two-thirds of respondents, or 69.9 percent of singles, claim they have no intention to marry.

However, the age they believed was optimal for getting married was 32 for men and 30 for women. This was in line with Statistics Korea’s average marrying age for 2013, released last year, which recorded 32.2 for men and 29.6 for women.

Likewise, only about half of these respondents, or 54.4 percent, thought they would have children if they got married.

Some 19.8 percent chose the statement, “If possible, I’d like to have children,” while 13.5 percent said, “I have no thoughts right now, but I might if conditions are right.”

That was trailed by the 8.6 percent who said they would not have children.

Only 14 percent wanted just one child.

Notably, 42 percent of respondents who said they didn’t want to have children or just wanted one child pinpointed the economic burden as the main reason for their choice.

“A measure to stabilize the cost of housing is urgent,” said Kim Yeon-myeong, a social welfare professor at Chung-Ang University, “and we need to take into consideration using the National Pension Fund to provide rental housing for newlyweds.”

However, Kim Soo-wan, a social welfare professor at Kangnam University, called for taking things a step further. “We need extreme measures, like covering housing fees for free for a year for couples who have a child.”