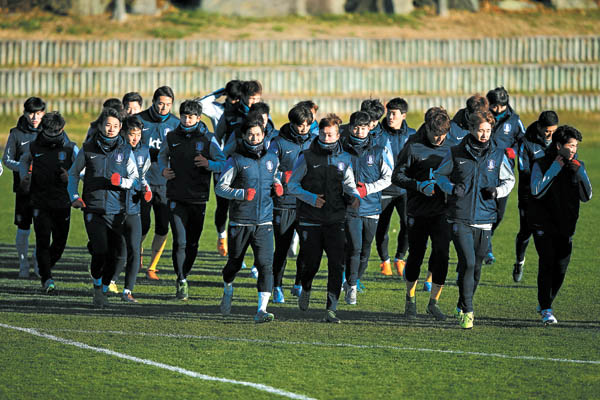 The Korea Under-23 football squad practices at Gangdong Football Stadium in Ulsan on Thursday. After a series of training sessions, which will continue until Dec. 25, the team will select the final 23-man team for the 2016 AFC U-23 Championship in Qatar in January that also acts as the Asian qualifiers for the 2016 Summer Games in Rio de Janeiro. The top three of 16 teams will advance to the Olympics. Korea is in Group C with Iraq, Uzbekistan and Yemen. [KOREA FOOTBALL ASSOCIATION]