Sung Si-kyung hurts his knee at the gym

Sung Si-kyung hurts his knee at the gym 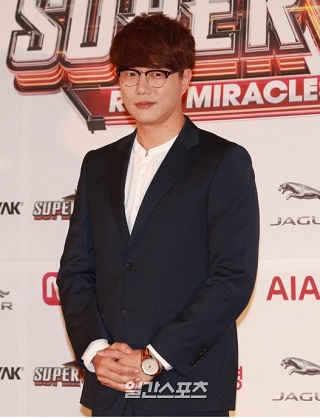 Balladeer Sung Si-kyung injured his right knee while working out at a gym.
According to Jellyfish Entertainment, the singer’s agency, Sung regularly spends time at a gym to improve his physical strength in preparation for upcoming concerts, and he has ruptured a ligament in his knee.
“The doctor said Sung should take a break, but the singer decided to film all the shows as scheduled and he will also do the year-end concerts,” the agency said in a press release on Friday.
Sung will hold “The Last Day” concerts on Dec. 30 and 31 at Seoul Olympic Park, located in Songpa District, southeastern Seoul.
The singer, famed for his mellow voice, successfully debuted in 2000 with the ballad song “Like the First Time,” but he has been focusing on hosting TV shows in recent years.
The singer hosts “O’live Show,” “What Shall We Eat Today?” and “Witch Hunt.”
BY SUNG SO-YOUNG