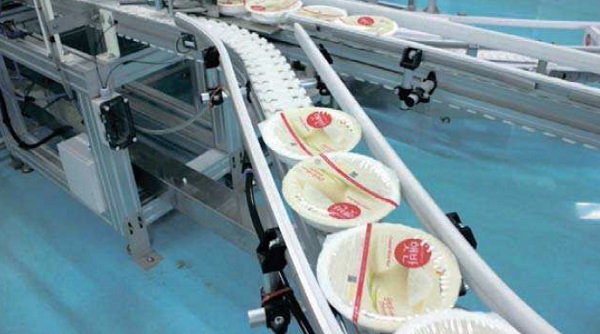 Some of biggest developments in food technology in recent history have been sealing food in tins, developed by British merchant Peter Durand in 1810, and the low-heat sterilization process of pasteurization created by French microbiologist Louis Pasteur in 1894.

But in Korea, many of the nation’s most innovative food products have come from one company: CJ CheilJedang, which opened its Food Research Center in 1978.

The center has been responsible for over 600 food-related patents.

One of its most popular products has been “Haetban,” an instant cooked rice product introduced to the market in 1996 after two years of research and development.

One of the secrets to the freshness of the rice comes from the production process, in which the rice is cooked the same day that it’s milled to retain more moisture.

Another innovation is the Haetban’s bowl and cover, which are both made out of polypropylene, the same material used to make baby bottles. The packaging uses multiple layers of the material, which blocks out oxygen to such a degree that the rice stays fresh at room temperature for as long as nine months.

In July, CJ released another new product in the U.S. market, the low-calorie sweetener Allulose.

Based off of a component found in small quantities in raisins or figs, the sweetener contains zero to 0.2 kilocalories per gram - less than five percent of the calories in normal sugar. But Allulose had not been previously commercialized because of technological difficulties in mass-producing it.

In 2007, CJ set out to research Allulose and developed the first mass-production technology based on an enzyme rather than a chemical treatment.

CJ CheilJedang has over 700 people working in its R&D sector and has invested 110 billion won ($93 million) in food technology this year. It is planning to establish an integrated R&D center in Suwon, Gyeonggi, by next year to focus all R&D efforts in one area.