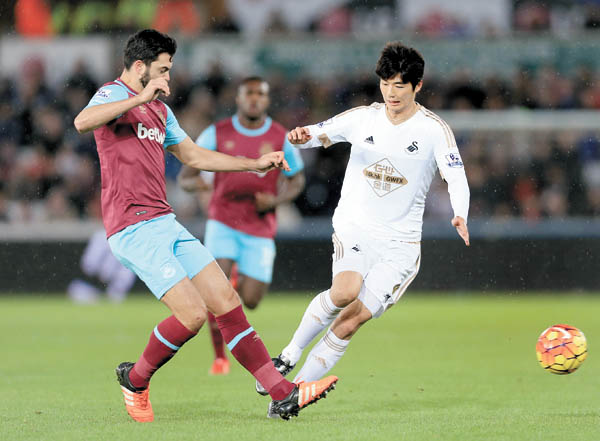 Swansea City’s Ki Sung-yueng, right, and West Ham United’s James Tomkins in a tackle during the English Premier League match at the Liberty Stadium in Swansea, Wales, on Sunday. The match ended in a 0-0 draw and left Swansea winless for the last seven matches. [AP/NEWSIS]