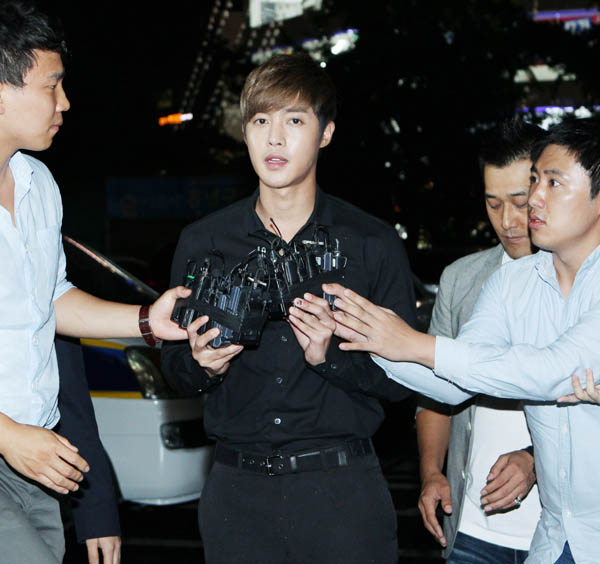 Singer-actor Kim Hyun-joong is a father, according to paternity test results that came out on Monday.

According to Seoul National University’s Department of Medicine, which conducted the test, the child born to the entertainer’s ex-girlfriend in September is biologically his, with an accuracy rate of 99.9999 percent.

The singer’s ex-girlfriend, surnamed Choi, was reported to have given birth to a baby boy in September.

The pair’s relationship has been marked by legal and emotional turmoil, and Kim had earlier claimed that the child may not be his.

Choi filed a lawsuit against the singer in August 2014 for domestic violence but later dropped charges after receiving an apology.

However, she sued him again in April, claiming that before her current pregnancy, she had suffered a miscarriage after Kim became physically violent.

Choi has asked for 1.6 billion won ($1.4 million) in damages. The fifth trial is set for Wednesday.

Kim made his singing debut in 2005 as a member of the now-defunct K-pop group SS501. However, in the years after they stopped performing, he has released solo albums and appeared in a number of television dramas, including “Inspiring Generation” (2014), “City Conquest” (2012) and “Boys Over Flowers” (2009).

He is currently serving in the military in Paju, Gyeonggi. The singer joined the Army in May as the scandal involving his ex-girlfriend unfolded.