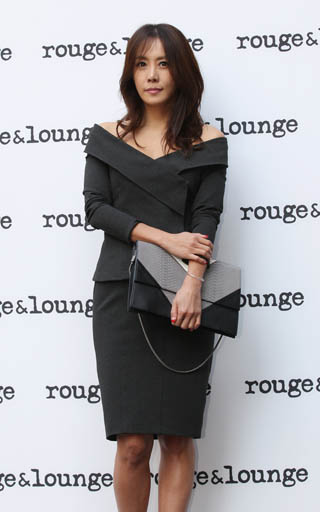 Actress Kim Jung-eun of the drama series “Make a Woman Cry” is slated to marry a Korean-American investment manager in March, sources have said.

The 41-year-old actress is currently in the United States to finalize details for the upcoming ceremony.

“She hasn’t fixed a specific date for her wedding yet, but she’s going to have a small ceremony for family and close friends,” an insider told Sports Seoul, a local entertainment news agency.

Kim and her fiance have reportedly been in a relationship for three years.

“Doing a drama series is really tough, but I could rely on him while I was working on the project. I have no specific plans for marriage yet, but I want to get married sometime in the future,” Kim said in June in an interview with Ilgan Sports, an affiliate of the Korea JoongAng Daily.

The actress made her debut in 1996 and has appeared in an array of films, from comedies to melodramas.

“Make a Woman Cry” is her most recent turn on the small screen.

She is currently looking for an entertainment agency to represent her.