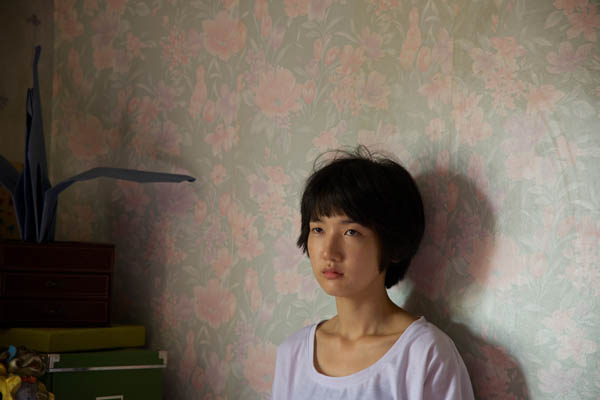 Actresses Ahn Ji-hye feature in Albert Shin’s second feature-length film, “In Her Place,” which revolves around a pregnant teen and an adoption orchestrated behind closed doors. [HOLY GARDEN]

For Albert Shin, making a film inspired by adoption in Korea and the stigma surrounding the issue was both exciting and challenging.

A second-generation Korean-Canadian born and raised in Ontario, the 31-year-old was forced to start from ground zero, lacking any connections to or familiarity with the local film industry here.

The project’s subject matter, which centers on teen pregnancy and a behind-the-scenes adoption, also made the feat particularly difficult.

The film, “In Her Place,” revolves around these highly controversial issues in the form of intense mental collisions among three women - a pregnant teen (Ahn Ji-hye), her mother (Kil Hae-yeon) and the adoptive mother (Yoon Da-kyung).

The film is slow-paced and physically static, but the tensions that run between the characters are anything but. 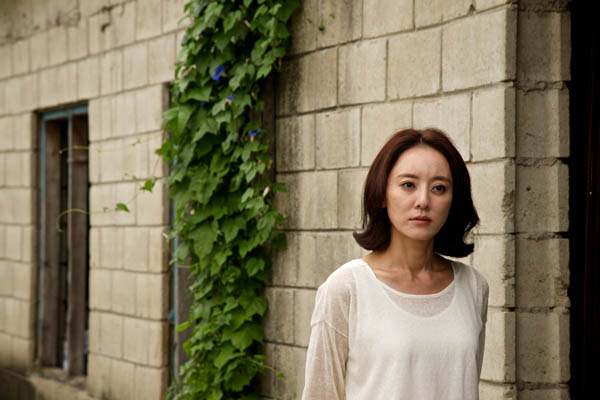 Actresses Yoon Da-kyung feature in Albert Shin’s second feature-length film, “In Her Place,” which revolves around a pregnant teen and an adoption orchestrated behind closed doors. [HOLY GARDEN]

It kicks off as a sophisticated woman from Seoul arrives at the remote farmhouse of a weathered countryside woman and her teenage daughter to propose a secret adoption on the condition that she stay with the family until the child is born to avert suspicion.

The film premiered at the Toronto International Film Festival and has finally returned to Korea, where it was originally shot and produced.

In a recent interview with the Korea JoongAng Daily, Shin said he was “relieved” that Korean audiences could finally see the film, which opened nationwide on Thursday.

The following are highlights from the interview.


Q. How do you feel now that “In Her Place” has finally been released where it was filmed? 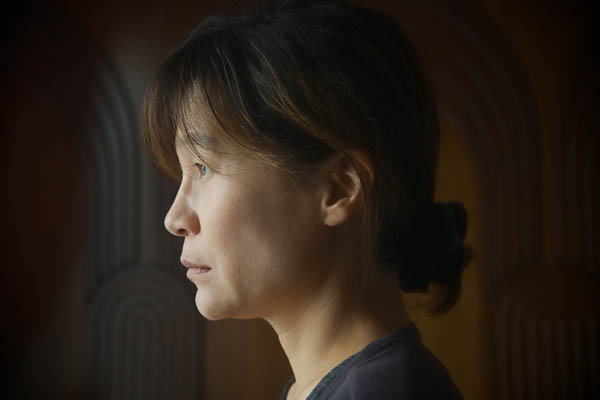 Actresses Kil Hae-yeon feature in Albert Shin’s second feature-length film, “In Her Place,” which revolves around a pregnant teen and an adoption orchestrated behind closed doors. [HOLY GARDEN]

A. It was a relief. It was important to me that this film wasn’t a novelty piece for foreigners. I was able to take this to many film festivals, and the No. 1 question I was asked was how people in Korea think about this movie, and I could never give them an answer because I don’t know. I made this film with one foot in, one foot out. It was important for me that it worked for a Korean audience.

It took you three years just to prepare for this film. What kind of preparation did you do?

There were different modes of research. Because this was a story I was totally unfamiliar with - because I am not a woman, don’t have children and don’t know what it’s like to have children and be pregnant - I did biological research. Then, I came to Korea to meet with adoption agencies and also advocacy agencies that make sure the number [of adoptions] dwindles, or others that promote it to reduce the stigma people have toward adoptions. I wanted to understand that culture even though it was not specifically related to the story.

Actress Ahn Ji-hye has been highly praised. It was her first time doing a movie, and her performance was exquisite. What did you see in her when you first cast her?

It was a really hard role to cast. Many candidates would play the role with a lot of emotion, stomping and frustrated, because those kinds of emotions were written in the lines. But Ahn could do all of that without opening her mouth. She could convey the energy that was inherent in the way she walked and tilted her head. I wanted this character to be one specific person, not a symbol or stand for all sorts of people. And she was a perfect embodiment of that. 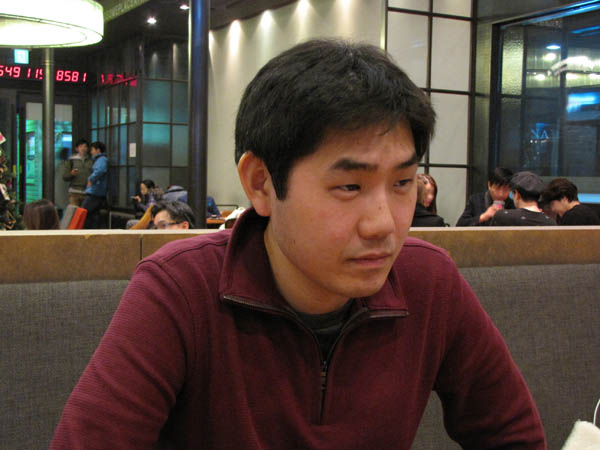 The three actresses said that when they first received the script, it was unfinished. How did you work that out?

The script went through so many translations, so it was very awkward. I said, “Let’s use the script as a guide, but it’s not a Bible.” But apart from that, I like empowering the actors with a lot of responsibility. Instead of looking at the lines and rehearsing them, it was more of discussions about who these people were and creating a history for them so that when we were on set, they could bring stuff out of their toolbox that we built together. It’s something that feels more organic and comes from within.

What was your focal point in building up the tension amid the slow-paced and static ambience of the movie?

I wanted the tension to be born from something that was actually happening. By that, I mean I wanted to give the audience a sense of actually being with them and almost wait with them in real time, feeling something in their stomach.

What did you want to do as a filmmaker in Korea?

To me, I didn’t see any purpose in me coming to Korea to try to make a Korean film and emulate it because there are lots of Korean filmmakers that are great. I don’t need to do that. The whole point for me was to do something unique. Even if it is just the feeling, I tried to make it have a different sensibility. I hope the audience can feel that.