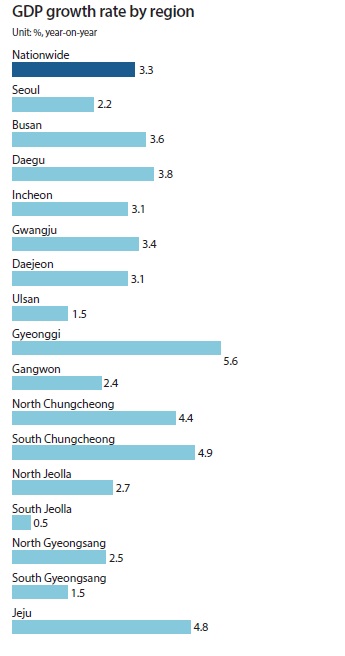 Gyeonggi last year overtook Seoul in terms of regional economy for the first time since 1998, when the government started gathering data.

According to Statistics Korea on Tuesday, Gyeonggi’s GDP in 2014 was the largest, at 329 trillion won ($279 billion). Seoul trailed closely behind with 328 trillion won. The smallest region was Jeju, where the economy was only 14 trillion won.

The study also showed that the nation’s economy was mostly concentrated in the greater Seoul area, as the three regions, including Seoul, Gyeonggi and Incheon, accounted for 48.9 percent of the country’s total GDP. This is 0.2-percentage point increase from the previous year, when the regions accounted for 48.7 percent.

On average, the cities and provinces reported a growth of 3.3 percent. 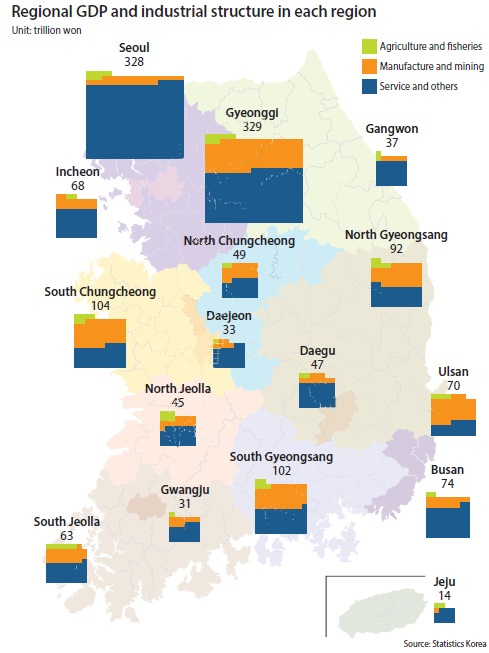 Although by size Jeju was last, the region saw significant growth thanks to a growing tourist population and foreign direct investment from China.