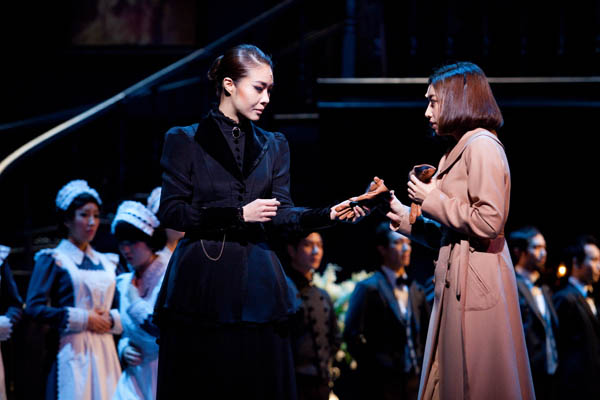 The award-winning Korean production of the musical “Rebecca,” based on a gothic romance novel, will come back in the new year at the Seoul Arts Center. [EMK MUSICAL COMPANY]

Jan. 5 to Mar. 6: This musical adaptation of the gothic romance novel by Daphne du Maurier tells the story of Mrs. Danvers, who falls in love with the mysteriously enchanting Maxim de Winter at first sight. But their wedding and the new bride’s arrival at De Winter’s residence is far from the happy, worry-free scenario the new bride had in mind. The Korean production of the musical premiered in 2013 and won five awards at the Annual Music Awards. Ryu Jung-han will reprise his role as Maxim, and Shin Young-sook as Mrs. Danvers. 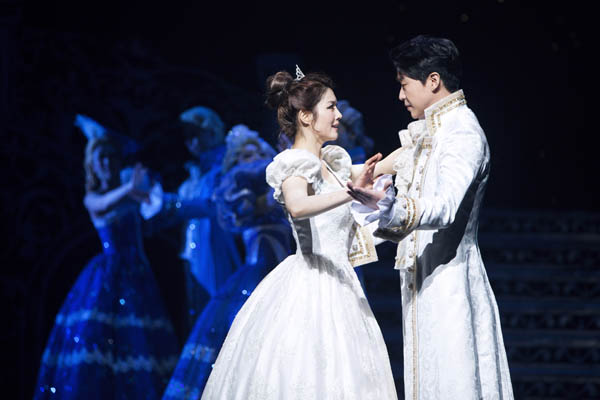 To Jan. 3: As a popular Broadway musical, “Cinderella” has won Tony awards and was nominated as the most anticipated Broadway musical of 2015. The gorgeous romantic fantasy captivates the audience with a somewhat different story from the original fairy tale, as Cinderella leaves her sparkling glass slipper behind on purpose to be found by Prince Christopher.

For this new production, several prominent musicians have teamed up for leading roles. Actresses Younha and Seo Hyun-jin play Cinderella, while Sandeul of B1A4 and Ken of VIXX play Prince Charming.

Friday to Sunday: The Sejong Center is showcasing its production of “Carmen,” in collaboration with the Teatro Giuseppe Verdi opera house in Busseto, Italy. French composer Georges Bizet’s “Carmen” depicts the fatal attraction of Don Jose, a corporal whose love for Carmen, a gypsy girl, as deep and genuine as it is, becomes a threat to Carmen’s independent and free lifestyle. As Don Jose is driven by love and jealously, the lines between reality and fiction, love and hate, sanity and madness are blurred.

To Sunday: As part of its 10th anniversary celebration, as well as for the holiday season, the Seongnam Arts Center presents its production of “Hansel and Gretel.”

Universal Arts Center (To Dec. 30): Celebrate the winter holiday season with a classic performance of “The Nutcracker.” With a musical score by Pyotr Tchaikovsky, the two-act ballet tells the story of a girl, Clara, and her peculiar Christmas gift, the Nutcracker. There are two productions running this season: one by the Korea National Ballet and the other by the Universal Ballet.

To Jan. 10: “Werther” is a musical production based on the opera by composer Jules Massenet. The story centers on the love triangle between Werther, a young poet, Charlotte, who is charmed by Werther’s charisma, and Albert, Charlotte’s fiance. Werther and Charlotte fall in love when Werther serves as Charlotte’s escort for a ball, in place of Albert who had to be away.

There are no shows on Mondays. The show starts at 8 p.m. on Tuesdays, Thursdays and Fridays; 3 and 8 p.m. on Wednesdays; and 3 and 7 p.m. on weekends.

Jan. 8 to 31: This family-friendly doll production of “Swan Lake” is filled with all sorts of adorable animals live in action. The production centers on a girl, Ye-sul, who ventures into a fantasy world hidden in the woods along with her animal friends. But in the middle of her adventure, she is turned into a swan, and to break the curse, she must earn the fox’s true love.