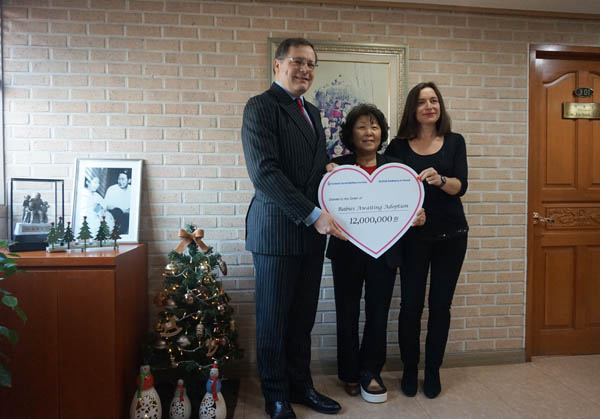 British Ambassador Charles Hay, left, and his wife, Pascale Sutherland donate 12 million won ($10,200) on Tuesday to the Eastern Social Welfare Society in Seodaemun District, central Seoul. The donation was raised at a charity event held earlier this month at the embassy. Kim Jin-sook, who heads the society, stands in the center. [BRITISH EMBASSY]