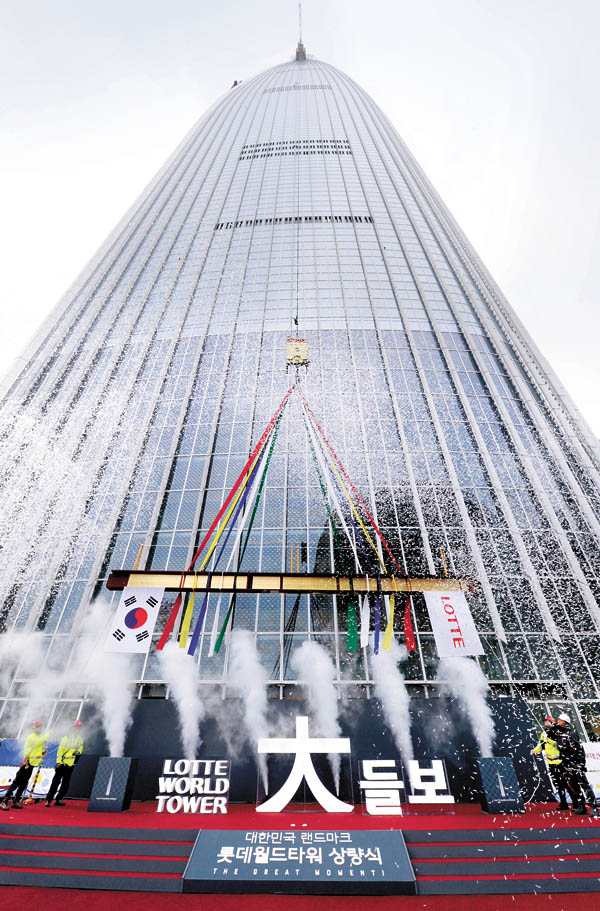 Construction workers celebrate the installment of the ridge beam on the 123-story Lotte World Tower in Jamsil, southern Seoul, on Tuesday. Once Lotte World Tower is completed in a year, it will not only be the tallest building in Korea but also the world’s fifth tallest. It has taken five years for the skyscraper to be built and been nearly three decades since the idea first arose. [JOINT PRESS CORPS]