A new class takes hold of the markets

A new class takes hold of the markets 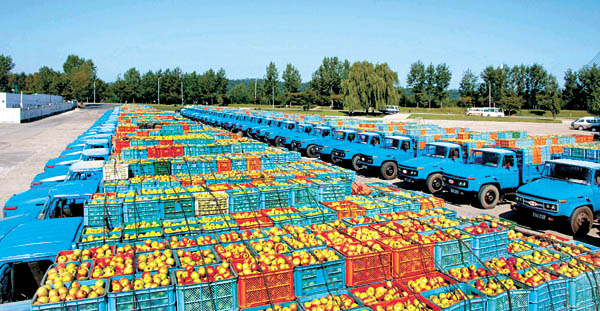 Boxes of apples arrive at a yard in Gwail County, South Hwanghae Province, a region that has developed 70 percent of its land for orchards. [JOONGANG PHOTO]

Referred to as donju, a term assigned to the country’s nouveau riche that literally means “master of money,” they have amassed sizable wealth through the Jangmadang, the private markets in North Korea. 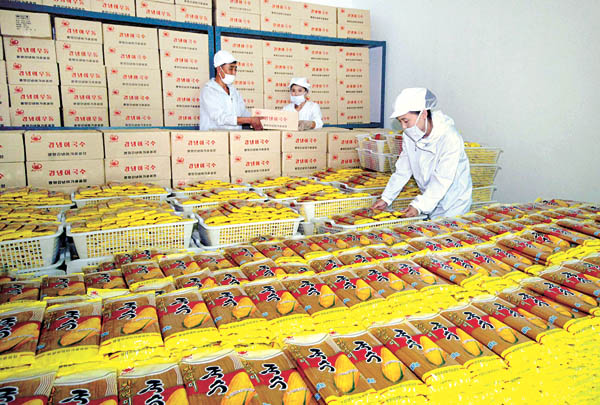 Workers at a corn-processing plant in Pyongyang arrange noodles produced there. North Korea’s nouveau riche, or donju, profit by monitoring prices in the market and adjusting the price and amount of supplies. [JOONGANG PHOTO]

And according to sources with knowledge of the situation there, the group is using that money to expand their financial territory in the real estate and retail industries at the same time as authorities’ control has thinned in tandem with their wallets.

The gap between the private sector and the government shows that North Korea is facing a situation similar to those seen in capitalist countries. 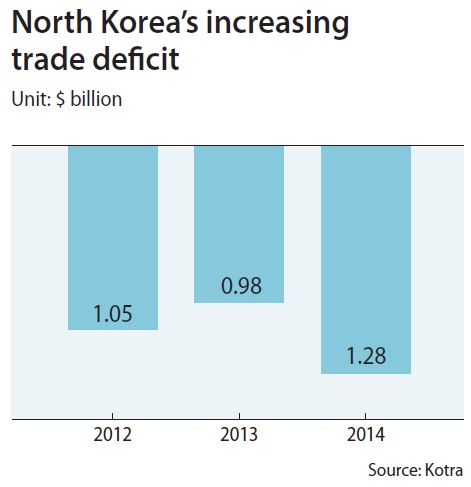 “Some donju build storage units with parking lots in Pyongyang or Pyongsong to keep fruit, fishery products and vegetables,” said Li Yuxun, a Chinese national living in Pyongyang. “They are monitoring prices in the market and adjusting the amount of supply. That’s the way they are making money.”

The Chinese added that wholesalers, called “running men,” have also increased their earnings since the donju have entered the retail business.

North Korea’s retail industry is dually divided to a centrally-planned economy and the private markets. Consumer goods are traded in the market at prices that typically exceed the one set by the state, and more than 80 percent of daily necessities comes from those businesses.

Although the products in state-run stores are cheaper, they are unvaried, prompting most North Koreans to seek alternatives.

Mobile phones have served as the key means for the nouveau riche to enter the retail industry: They check the supply and demand of goods in real time to determine prices and volume. Some even juggle two or three mobile phones for their business.

“There is no international delivery service like FedEx or UPS in North Korea, but train conductors receive goods from merchants and deliver them to designated stations,” said a North Korean defector, adding that there is a private service car to deliver other products, which formerly used to be a taxi.

The donju have flourished nonetheless, despite the risks, while the state remains constrained by a tightly-set budget.

According to a report released by the Korea Trade-Investment Promotion Agency, North Korea recorded a $1.28 billion trade deficit last year. Exports decreased by $53 million, while imports increased by $320 million.

The decrease in exports was largely due to the drop in exports of underground resources like coal and iron ore, which fell 17.1 percent as the unit cost of coal plunged and China reinforced environment regulations.