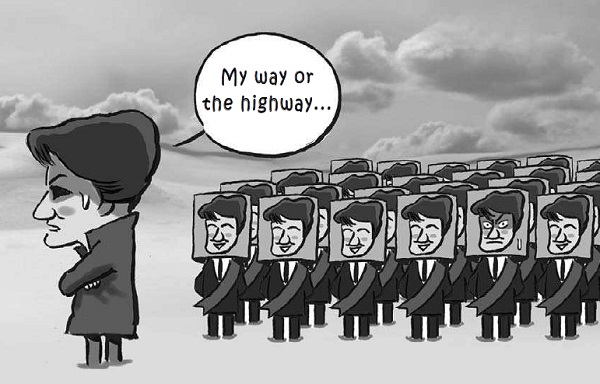 At a Cabinet meeting on Wednesday, President Park Geun-hye described “sincere people” as “those who don’t change their minds until the end” before thanking five outgoing ministers for their consistent loyalty. Party insiders interpreted her remarks as a warning to candidates in the April general election to remain loyal.