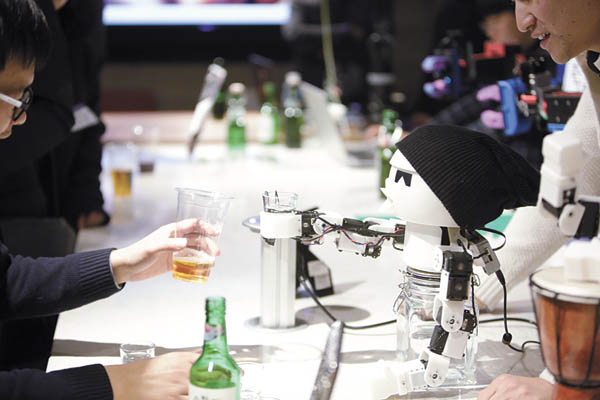 To Jan. 16: The exhibition features 50 robots created by artists and engineers with support by Art Center Nabi, which has constantly focused on the fusion of art and new technology, in robots in particular.

The visitors can interact with many of the robots on display. They include a soju-drinking robot, which would be a great companion to those who drink at home alone, and a robot that looks like a cute stuffed bear but, if spoken to, gives answers in a flirtatious, deep male voice.

Admission is free but advance reservations are required. The lab is closed on Sundays. Go to the Dongguk University subway station, line No. 3, exit 4, and walk for 10 minutes. 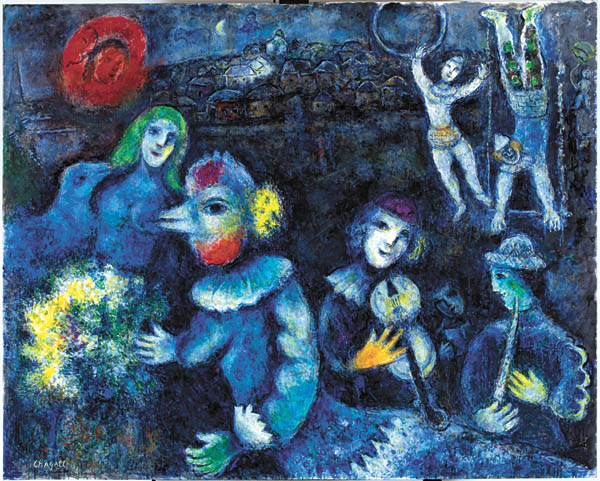 To March 1: The exhibition features 100 works by 20 masters of modern and contemporary art, including Wassily Kandinsky, Piet Mondrian, Marcel Duchamp and Marc Chagall (in the photo), from the collection of Venezuela’s National Museums Foundation. 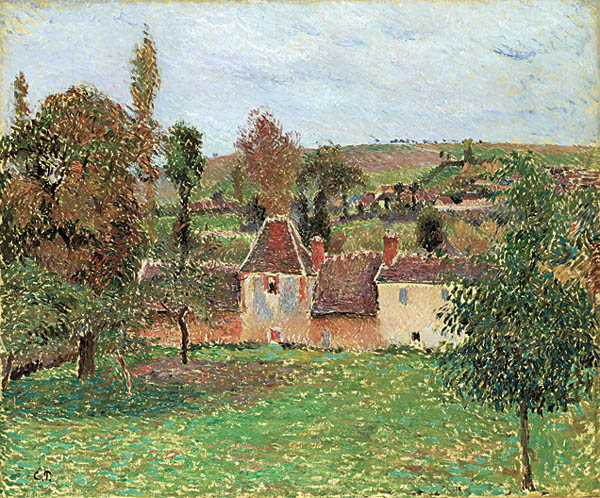 To April 3: The 70 paintings by about 40 artists in this exhibition include not only French Impressionist art, whose masters such as Claude Monet, Auguste Renoir and Camille Pisarro (in the photo) are well known to the public, but also the paintings of the art movements which influenced or were influenced by the French Impressionism.

The exhibited works are loaned by the Wallraf-Richartz Museum in Cologne, Germany, so the show also provides a rare opportunity for Korean viewers to have a glimpse at German Impressionist art. The works by German Impressionists such as Lovis Corinth and Max Libermann have a much darker tone than French Impressionism.

The exhibits include Kwon’s Expressionist-style female nudes and portraits in bluish grey, violet or brown tones, which are signature colors of the artist. Among the other artworks on view are surrealistic landscapes, which are regarded as Kwon’s major works along with the paintings of women.

To reach the gallery, head to Gyeongbokgung Station, line No. 3, exit 3, and take bus No. 1711 and get off at the Lotte Apartment stop. Then walk for five minutes.

To Jan. 24: The exhibition features the most recent 13 paintings by veteran Korean artist Kim Hong Joo. The paintings show ambiguous forms, which look abstract to some viewers and which, at the same time, appear to depict something like a flower or landscape to some other viewers. The forms are visualized in numerous tiny brush strokes, which are the signature style of the 70-year-old artist.

To Jan. 29: This exhibition marks the upcoming 10th anniversary of the death of Korean-born artist Nam June Paik, regarded as the founder of video art. It focuses on helping viewers understand the context in which Paik created his diverse video art, so it includes more texts of quotations from the artist and from critical writings about him on the walls of the exhibition rooms than previous shows of the artist.

The show concentrates on archiving Paik’s oeuvre - which is useful for students and researchers interested in the artist - rather than displaying many of his spectacular video sculptures.

Admission is 9,000 won for adults. Those who buy a ticket for the exhibition are allowed to visit two times. Go to Gwanghwamun Station, line No. 5, exit 8.