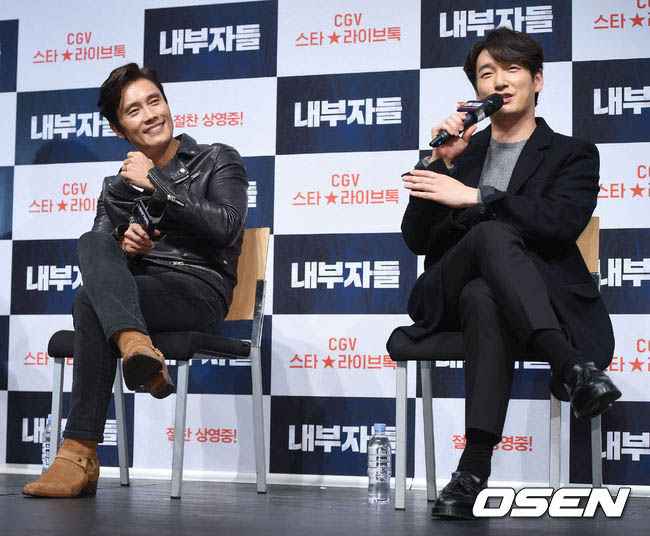 The lead actors of the hit film “Inside Men” are practicing singing the song “Spring Rain” for their fans.

Lee Byung-hun (pictured left) and Cho Seung-woo previously promised they would sing a song and give away free hugs if their movie attracts six million viewers. The promise was made at a recent event marking the film’s feat of attracting five million viewers.

The event commemorating the six-million mark will be held at the Times Square shopping mall in Yeongdeungpo District, western Seoul, at 7 p.m. Tuesday.

“I went to see a Cho musical recently and sang ‘Spring Rain’ with him in the waiting room, and I realized I can’t keep up with him when it comes to singing,” Lee said at a recent media day event.

Meanwhile, “Inside Men” recently released an editor’s cut, which is longer than the original version.

The film has attracted 6.5 million moviegoers as of the fourth week of December, marking a record for R-rated films this year.