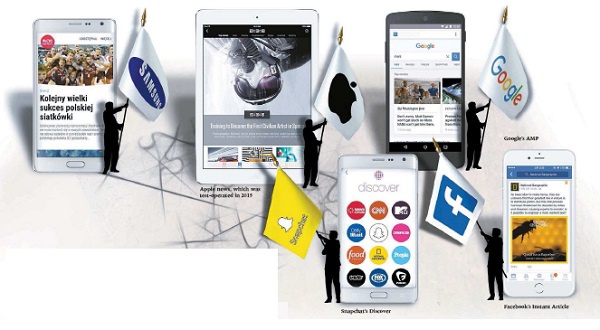 As the impact of social networks on people’s daily lives grows thanks to a wide distribution of digital devices, the way we consume news and media content has been changing rapidly. This is also changing the way media and news outlets market themselves.

Today consumers no longer receive news from a single outlet. Instead they get their news from different platform from Facebook to Google and Naver.

That is referred to as “distributed content,” and it is considered a major paradigm shift; moving away from “digital first” ­- which was when the news media shifted from paper publication to digital - to “mobile first,” where consumption is highly concentrated in mobile devices.

One of the trends that emerged this year was the so-called “card news,” where media companies reached consumers with news that was abridged and put into a kind of flip-card format with infographic images. Card news was competitively posted on Facebook and was popular with the younger audience. Facebook recognized the changes in the news industry and, in an effort to become a major outlet for news, created “Instant Article.”

Facebook is limiting the number of participating media but next year will likely open up to include a wider variety of news companies.

Apple test-operated Apple news this year and Samsung started a news service named Upday in Europe. Google and Snapchat are also part of the trend with their AMP and Discover services. 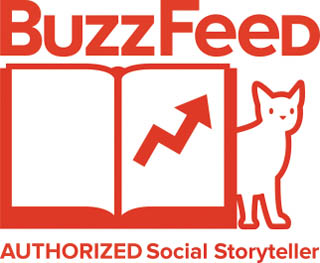 Buzzfeed is an online news service founded in 2006 which grew to be one of the top social media platform with average 200 million unique visitors monthly. The service is well-known for its elaborate data analysis and marketing strategy. According to the company, it is preparing for its entry into Korea to begin service operation from next year.

Experts note the dominance of few apps on one’s smartphone.

According to American IT and media consulting company Activate’s report “Technology and Media Prospects for 2016,” smartphone users in the United States and Korea on average access 27 apps. A full 79 percent of people concentrate only on five apps.

Considering that over 1.2 billion apps are registered in the Google Play and Apple app stores, the leverage those five apps has is immense. The concentration of few apps affects how content is distributed or consumed.

The major difference between the new media environment and traditional media is that news content consumption is no longer linear.

The way news is consumed on social media networks like Facebook is completely different. It is a non-linear form where there is no center that decides the value of news.

News is distributed by people who are your friends on Facebook. It gets more widely distributed when it is “liked.” This practice weakens the media groups’ power to set anything like a political or social agenda. 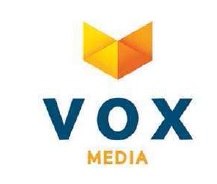 VOX, an internet news provider, is popular among young users.

Some companies, like Internet news providers Buzzfeed and Vox, have come up with interesting solutions to the matter. Understanding the algorithms of social media and the changes in distribution of content has helped them set new types of business models.

Vox provides news via nine sub-brands specializing in sectors such as Vox.com for political news, SBNation.com for sports news and Racked.com for fashion and beauty-related news. The strategy came about after it was recognized that integrated news portals offering general news have limitations in the current digital environment.

For instance, the algorithm for Facebook responds when a user “likes” certain news. Let’s say, user A visits B’s Facebook page and clicked like. From then on, news contents on B’s page starts appearing on A’s page. When Facebook finds out that A has been clicking like on only economic news from B, it stops delivering B’s news to A’s page. In this sense, providing news by specified brands would be advantageous in constantly delivering news to a user’s page.

Vox’s “EXPLAINED” is a video service providing detailed and easy explanations of social affairs. The video format is accessible and helps users understand the story better. For example, the Islamic State or ISIS has been a prominent issue, especially after the terror attacks in Paris. But ISIS is still a difficult topic to understand for many people. Vox’s “EXPLAINED” tries to explicate the issue.

Buzzfeed takes advantage of the “related video” function of Youtube and Facebook. It provides numerous videos of similar titles in a short period of time. Regarding the refugee issue, the company offers diverse videos including the keyword “immigrants,” such as Asian immigrants residing in the United States, Cuba immigrants and Arab immigrants; it then offers clips with interviews of different immigrants. The agenda-setting method of Buzzfeed is to deliver massive numbers of video clips that have similar keywords.

Michael Shamberg, the producer of the movies “Pulp Fiction” and “Erin Brockovich,” is now 70 years old and working at Buzzfeed.

“I have worked for a long time in Hollywood, and have never seen producers that put priority on research and development as those in Buzzfeed,” he said in an interview. He implied that close and detailed research on the actual users of a service, as Hollywood should examine its audience, is the core competency of the company. A detailed examination of changing trends among customers may be the most effective way out for media platforms pondering an uncertain future.