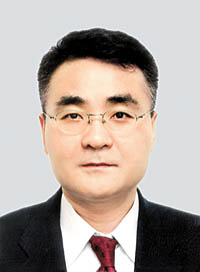 This year’s shake-up is marked by the appointment of non-Korean managing directors for the first time, while most of the top executives at key affiliates remained in their positions.

“We focused on maintaining the current positions of the affiliate heads to lead the organization in a stable manner,” the company said in a statement.

Observers say Lotte Group Chairman Shin Dong-bin sought stability over radical changes during an uncertain and rough period in which his older brother threatens to oust him from Japan’s Lotte operations.

Still, a major change in the top brass took place at Lotte Duty Free, the country’s No.1 duty-free operator under Hotel Lotte. CEO Lee Hong-kyun will be replaced by Jang Sun-wook who served as the CEO of Daehong Communications, Lotte’s advertising affiliate.

Lee voluntarily resigned to take responsibility for failing to secure the right to operate a duty-free shop at Lotte World Tower in Jamsil-dong, southern Seoul.

The regular bidding competition kicked out Lotte and SK Networks last month and chose Shinsegae and Doosan Group as new operators. The decision dealt a huge blow to Lotte Duty Free and Hotel Lotte since the previous investments on the property are now wasted. The Jamsil duty-free outlet raked in over 400 billion won ($342 million) in sales last year.

The new CEO Jang has risen through the ranks at Lotte Group. He is promoted to vice president and CEO of Lotte Duty Free from senior managing director. The 57-year-old began his career at Hotel Lotte at the age of 28 and took on numerous positions over 20 years. He moved to the advertising arm last year as CEO.

Other than Lotte Duty Free, no major affiliates saw major personnel changes in the top management.

After acquiring New York Palace Hotel earlier this year, the hotel chain plans to acquire 33 more hotels outside of Korea by 2020 to become an international hotel chain.

The other new managing director is Joseph Buntaran, who is at the helm of Lotte Mart Wholesale Indonesia.

Lotte Group said this year’s promotions will be small in scale compared to last year’s 207.

The group will announce personnel movements at Lotte Confectionery, Lotte Chemical and other food and beverage affiliates today.